A 42-year-old man was on Tuesday morning charged with the murder of 24-year-old Lunisa Peters who was brutally stabbed to death at her home at Supenaam, Essequibo Coast, Region Two (Pomeroon-Supenaam).

Nandran Persaud, also known as “Toppie” or “Floppy”, of Golden Fleece, appeared at the Anna Regina Magistrate’s Court before Magistrate Esther Sam.
Reports are that Peters, a mother of one, had suffered years of abuse during her five-year relationship with Persaud and thus ended the relationship.
However, on September 9, Persaud visited the woman at her new home, when she received a phone call from a male friend. This however allegedly enraged Persaud who reportedly snatched the woman by her hair, and dragged her into the kitchen where he grabbed a knife, took her to the bathroom, and started to stab her about the body.
According to the woman’s aunt after committing the act, the man he exited, washed off the blood from the knife, and left the house.
He was remanded to prison and the case will continue on September 25 at the Suddie Magistrate’s Court. 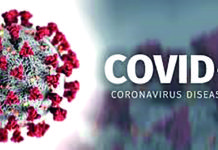 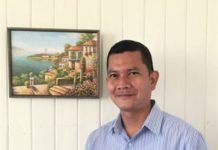 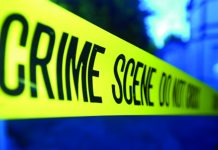