An ex-soldier is now battling for his life in the Intensive Care Unit (ICU) of the Georgetown Public Hospital (GPHC) while another is nursing a gunshot wound to his back, after they were shot at the corner of Durban Street and Mandela Avenue, Georgetown.
Injured are Marlon Rodney, 37; and Shaquille Dion, 24.
Rodney, the ex-solider, was shot four times by three gunmen who opened fire on him, while Dion of Lot 52 D’Urban Street, Lodge, who was walking in the area was hit by a stray bullet.
Guyana Times was told that the shooting occurred at about 09:30h and stemmed from a disagreement Rodney had with one of the gunmen. According to reports, Rodney and one of the men reportedly had a heated argument over money owed to him by Rodney when the suspect left and returned with two others.
Following another headed argument, the trio, who were reportedly brandishing guns, opened fire on Rodney. Dion, who was walking on the roadway, was shot to his back.
Following the shooting, the suspects escaped.
The injured men were picked up and rushed to the GPHC where Rodney’s condition was listed as critical. However, Dion was discharged on Friday afternoon.
“They (doctors) are saying to us that the foot is so badly damaged that they might have to amputate it because like the bones in the foot break up,” a relative of the injured man told this newspaper on Friday.
An investigation has been launched. 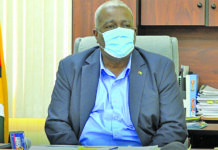 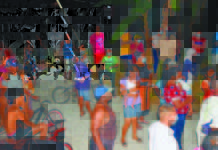