The Georgetown Basketball Association (GABA) has partnered with Banks DIH under the Powerade, Powerade, Rainforest Waters and Malta Supreme brands to host their (GABA) first tournament for the year with 10 teams slated to participate.
This was revealed at a press conference at Banks DIH Head Quarters, Thirst Park on Thursday.
President of GABA, Adrian Hooper said the association has decided to include the second division of the Georgetown area in order to boost the tournament which will be played in a league format.

“We have added the second division back to the league. It has been added back to the league to have everyone playing basketball” he pointed out.
Hooper thanked Banks DIH for “stepping up in terms of sponsoring the competition” while noting that he hopes the partnership can put basketball back on the map in Georgetown.
According to Hooper, the league will begin on the outdoor Burnham Court due to the Cliff Anderson Sports Hall being unavailable. However, play in the competition would ultimately end at the Sports Hall during the six month course that it is expected to run.
Brand Manager for Rainforest Waters Clive Pellew stated that Banks DIH is proud to be associated with the event and expressed pleasure at the opportunity to “refuel” persons participating in the league.
The 10 teams taking part in the competition are: Colts, Ravens, Guardians, Pepsi Sonics, Nets, Knights, Trojans, Pace Setters, Eagles and newcomers Kobras who are based in Agricola.
They will compete across the 1st division, 2nd division and U-23 categories for cash prizes and trophies.
The league begins on Saturday July 8 on the Burnham basketball court at Carmichael and Middle Street from 6pm. Games will be played on Sundays, Wednesdays, Thursdays and Sundays at the same venue until a change is announced. 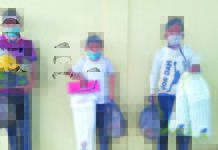 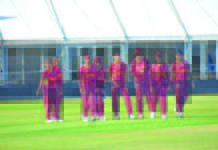