Within mere weeks of taking office, the Irfaan Ali-led People’s Progressive Party/Civic (PPP/C) Government was able to get a sleuth of major developmental projects off the ground that were lagging under the previous coalition Administration.

Many of the projects that were unlocked are ones funded by the Government of India and were secured pre-2015.
In a recent interview with Guyana Times, Indian High Commissioner, Dr KJ Srinivasa commended the current PPP Government for its quick proactive approach to developmental projects.
“This Government has been very proactive and very responsive. The attention that has been given to all the developmental projects, we feel that this is something that will help in executing these projects at a faster timeframe,” the diplomat stated.

According to the Indian High Commissioner, India’s Government is committed to ensuring these projects are delivered on time and with quality.
“I want to see and ensure that the current projects are on fast-track because this Government has been very responsive and we want to work with them and ensure that the delivery is on time with quality. We don’t want to compromise on these two issues,” he asserted.
Dr Srinivasa noted that the funds for these projects are sanctioned and once the tendering process is completed, they will be released by the EXIM Bank of India as per tender specifications.

Bypass road
Among the projects which the High Commissioner mentioned that has been kicked off is the bypass road running from Ogle on the East Coast of Demerara to Haags Bosch at Eccles, East Bank Demerara.

The Indian Government had provided a US$50 million Line of Credit (LOC) for the road link that was initially slated for Ogle to Diamond, EBD. However, the project cost was driven up to over $208 million by the previous regime and the project was at a standstill after Guyana went to elections.
“And then when the new Government took over, they got active on that and they say ‘we need to work on this project fast’,” the diplomat noted.
He said the new Government took a prudent decision to divide the road into two phases – first from Ogle to Haags Bosch road, which is about 48-50 per cent of the project, and then from Haags Bosch to Diamond – in order to fit the US$50 million LOC.

“Because this change in the scope of the project require some additional approvals, we are currently processing those approvals in the Government of India. Once that approval comes, then the process of Request for Proposals and tendering, and those things will begin…,” he posited.
The High Commissioner explained that because of the COVID-19 pandemic, authorities have not been meeting as frequently as they used to but he assured that the approval will be given soon.

Ocean-going ferry
Meanwhile, another India-funded project is the US$18 million – US$8 million grant and US$10 million LOC – for the construction of an ocean-going ferry to ply the Georgetown to North-West District (NWD) route.
Dr Srinivasa explained that the EXIM Bank had blocked clearance of the funds due to some issues with the grant.
“So now we are trying to work it out and once that is done, and once we’re settled on those issues, we will be able to proceed further on that project, “ he posited.
According to the Indian diplomat, the firms vying for the contract have already been informed of a strict timeframe of 18 months to build the vessel.
In addition to this, the contract also includes the upgrade of the two stellings from which the vessel will be traversing.
“So, we think this will be a good thing for the transport sector in the North-West region and people will benefit,” he stated.

Hospital upgrades
The Indian Government has also injected some US$17.5 million to refurbish existing facilities and construct new buildings at the Suddie Public Hospital in Region Two (Pomeroon-Supenaam), the West Demerara Regional Hospital in Region Three (Essequibo Islands-West Demerara) and the Bartica District Hospital in Region Seven (Cuyuni-Mazaruni). The LOC will also be used to procure medical equipment to furnish the new and renovated facilities.
These funds were redirected from the Specialty Hospital project by the previous Government and the PPP Administration has decided to go ahead with the upgrades.
The Indian High Commissioner said this is one of the projects that is on a fast-track towards realisation.
“We have already gotten the shortlisting of these companies from the EXIM Bank. They have sent their Requests for Proposals and once that is done, we will go to tendering through NPTAB (National Procurement and Tender Administration Board). This is one of the lowest hanging fruits, if I may say so. It is in a fast-track,” he said.

Water pumps
Meanwhile, Guyana has also secured 12 pumps – nine fixed and three mobile pumps – via another LOC to the tune of US$4 million to prevent flooding across the country.
Dr Srinivasa told Guyana Times that all the pumps have arrived here as well as the team of experts from India to install the pumps.
He explained that their arrival was delayed due to restrictions caused by the COVID-19 pandemic.
Nevertheless, the team has already been deployed to the Essequibo Coast, Region Two (Pomeroon-Supenaam), where they are conducting works at Hamilton Court and Devonshire Castle.
“So they’ve already started the work and in about 10 days, they would’ve done four pumps in that region,” the High Commissioner noted.
He added that the team has a schedule to work with the National Drainage and Irrigation Authority (NDIA) for the remaining installations across Guyana.
In addition to the Essequibo Coast, the fixed pumps will also be installed at Den Amsterdam, West Coast Demerara; Nooten Zuil, Hope, and Mora Point in Mahaicony, East Coast of Demerara; and at Rose Hall Town, Corentyne.
The mobile pumps have been earmarked for installation at Princes Street, Sussex Street and Cowan Street, Georgetown, to aid with drainage in the city.
Meanwhile, the Indian Government is also funding a US$10 million solar panel project in Guyana that is expected to benefit between 25,000 to 30,000 households in the hinterland region.
It has also provided US$1 million as COVID-19 relief and donated 20 ventilators to the Health Ministry.
There is also a series of initiatives being undertaken in other sectors by the Indian Government.
According to the Indian High Commissioner, they currently have their hands full and are concentrating on executing these projects before taking on new ones. 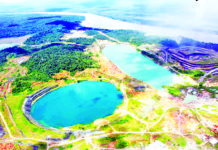 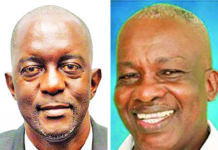