Last weekend, the Director General of the Civil Defence Commission (CDC) issued a warning about high tides with the possibility of flooding on the West Coast of Demerara. Scores of photos and videos shared on social media highlighted the extent of damage to homes, and even the Parika Stelling and Stabroek Market area in Georgetown.
The UN General Assembly called for the International Day for Disaster Reduction in 1989 as a way to promote a global culture of risk-awareness and disaster reduction. That includes disaster prevention, mitigation and preparedness. It was originally celebrated on the second Wednesday of October (Resolution 44/236, 22 December 1989), but after two decades, the UN General Assembly formally designated October 13 as the annual date (Resolution 64/200, 21 December 2009).

THE SENDAI FRAMEWORK FOR DISASTER REDUCTION
The Sendai Framework for Disaster Risk Reduction 2015-2030 (Sendai Framework) is the first major agreement of the post-2015 development agenda, with seven targets and four priorities for action. It was endorsed by the UN General Assembly following the 2015 Third UN World Conference on Disaster Risk Reduction (WCDRR).
The Framework is a 15-year, voluntary, non-binding agreement which recognises that the State has the primary role to reduce disaster risk, but that responsibility should be shared with other stakeholders including local government, the private sector and other stakeholders. It aims for the following outcome:
The substantial reduction of disaster risk and losses in lives, livelihoods and health and in the economic, physical, social, cultural and environmental assets of persons, businesses, communities and countries.

The 7 global targets
(a) Substantially reduce global disaster mortality by 2030 — aiming to lower average per 100,000 global mortality rate in the decade 2020-2030 compared to the period 2005-2015.
(b) Substantially reduce the number of affected people globally by 2030 — aiming to lower average global figure per 100,000 in the decade 2020 -2030 compared to the period 2005-2015.
(c) Reduce direct disaster economic loss in relation to global gross domestic product (GDP) by 2030.
(d) Substantially reduce disaster damage to critical infrastructure and disruption of basic services, among them health and educational facilities, including through developing their resilience by 2030.
(e) Substantially increase the number of countries with national and local disaster risk reduction strategies by 2020
(f) Substantially enhance international cooperation to developing countries through adequate and sustainable support to complement their national actions for implementation of this Framework by 2030.
(g) Substantially increase the availability of and access to multi-hazard early warning systems and disaster risk information and assessments to the people by 2030.

THE CIVIL DEFENCE COMMISSION IN GUYANA
The CDC was established in 1982 to create plans and conduct operations to deal with all types of disasters in Guyana. By 1985, a comprehensive National Disaster Preparedness Plan was documented and implemented. In September 2001, Standard Operation Procedures (SOPs) for the National Emergency Operations Centre were upgraded to meet new challenges posed by worsening domestic and international disasters.
Today, the CDC’s mandate is to coordinate and monitor Disaster Risk Management and Comprehensive Disaster Management in Guyana; identify, analyse and map hazards and conduct related research into their effects and develop appropriate responses; collaborate with Ministries and Departments of Government, national and Regional Democratic Councils, local communities, statutory bodies, private sector entities, non-governmental organisations and faith-based organisations having functions related to, or having aims or objectives related to those of the Commission; develop and maintain a database on disaster-related information including climate change and other new and emerging threats and to ensure access to the database by stakeholders
In the context of its mandate, the CDC’ s mission is, to reduce loss of life, damage to property and improve the quality of life in Guyana by leading, coordinating and supporting the nation in the development and enhancement of a comprehensive disaster risk management system, involving preparedness, mitigation, response and recovery.
We all have a role to play in disaster risk management. For natural hazards such as the elements of nature, while we can’t prevent those, we can reduce the impact by being properly prepared;
o Adhere to warning messages issued by public authorities,
o Adhere to building codes and national standards,
o Have an emergency plan and equipment for your home, work and business,
o Remove any obstacles can exacerbate the problem,
o Have clear signage,
o Always maintain a clean and healthy environment.
Additionally, be cognisant of man-made hazards and do what is necessary to protect yourself, family and your property. 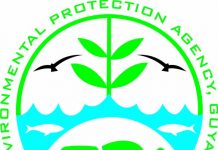 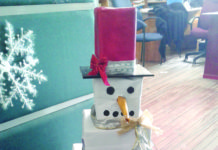 Make your holidays green and clean