A La Grange, West Bank Demerara (WBD) man is nursing a stab wound to his left should after he was attacked and robbed by three men on Thursday.

Police said that the man, 25-year-old shoemaker Michael Ramcharran, was walking along the La Grange Public Road in the vicinity of Independence Street when he was pounced upon by three men.

One of the men then told him not to move and to remain quiet. The cobbler said he was then asked “where the gold dey” and he told his assailants that he does not have any gold.

One of the men then took Ramcharran’s sewing needles from his back pocket and dealt him one stab to the upper left shoulder. As a result of the wound, the man lost consciousness and fell to the ground.

He was later picked up by public-spirited citizens and taken to the West Demerara Regional Hospital where regained consciousness and discovered that $17,000 was missing from his pocket. He was subsequently treated and sent away.

Checks were made for suspects but they have not been found. 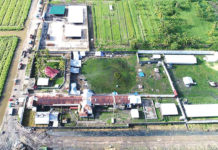 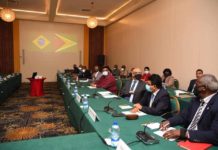