The Order of Excellence, Guyana’s highest national award, was on Tuesday conferred on visiting Ghana President Nana Addo Dankwa Akufo-Addo based on the recommendation of the Order’s advisory committee and to recognise his leadership on the African, Caribbean and Pacific stage.
Conferring the award at State House was President David Granger, who afterwards lauded the Ghanaian leader for his contributions in Africa and beyond. According to Granger, the law provides for this award to be awarded to persons of distinction, whether local or foreign.
“The order provides that the Order of Excellence may be awarded to any distinguished citizen of another country who’s rendered valuable service to Guyana and who for any other reason the state wishes to honour.”
“Guyana is pleased to confer on his Excellency President Nana Addo Dankwa Akufo-Addo, the order of excellence, for his dedication and commitment to the commonwealth, the organisation of African unity, the economic community of West Africa and for his unflinching support for the rights of developing states.”
According to President David Granger, President Akufo-Addo is also recognised for his efforts in promoting economic stability in Africa and his support for regionalism. He also noted that the Ghanaian President is noted for his leadership in these matters.
In addition, it is understood that the decision came based off of recommendations from the Chairman and members of the advisory council of the orders of Guyana. In accepting his award, the Ghanaian President expressed surprise and appreciation for the gesture.
“This is my first trip to Guyana. Yesterday you waited for me until one in the morning, in the rain, to greet me. Today, you see fit to accord me the highest honour of your country. Of course, I’m extremely appreciative and grateful.”
“And you’ve certainly provided me with a guideline that I will try to achieve. And I’m very concerned about how the two of us, in our two countries, can work together to promote the welfare of our people.”
The Ghanaian President arrived in Guyana at 23:00h on Monday night for his very first state visit. He was accompanied by a 43-member delegation, who were greeted by Guyana’s President David Granger and most of the members of his Cabinet at the Cheddi Jagan International Airport (CJIA). A 21-gun salute and the unfurling of the vibrant Ghanaian flag marked the arrival of the high-level team.
Prior to the conferral of the award, the Ghanaian leader’s visits included The Non-Aligned Monument and The 1763 Monument, where wreaths were laid. At The Non-Aligned Monument, Akufo-Addo was greeted by a guard of honour, members of the Ghanaian diaspora waving their national flag and curious onlookers.
He then continued his tour, first at the Marriott Hotel for a meeting with Opposition Leader Bharrat Jagdeo, then to Demerara Distillers Limited (DDL) and then at Banks DIH Limited. During his meeting with the Opposition Leader, a number of things including oil and gas were discussed.
The Ghanaian President also interacted with the Ghana diaspora in Guyana and representatives from the country’s African Group Organisations later on Tuesday. The President and his delegation are scheduled to depart Guyana today.
The state visit was announced by President David Granger two weeks ago when he accredited the new Ghanaian High Commissioner to Guyana. The Guyanese Head of State had disclosed that he met President Akufo-Addo twice – first, at the Commonwealth Heads of Government Conference last year and again this year, in Cuba.
It was in Cuba that the African Leader accepted an invitation to visit Georgetown. The visit is aimed at “deepening and strengthening the cordial relationship” the two countries have built over the past 40 years.
The Order of Excellence of Guyana (OE) is the highest national award of Guyana and was established in 1970. Persons holding the award are limited to twenty-five living citizens of Guyana at a time. 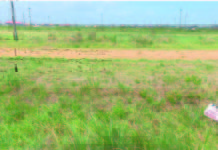 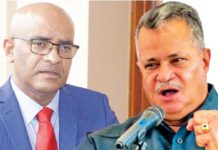 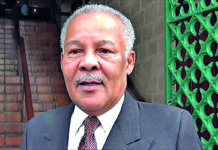