It was on May 16, 1985 that three scientists from the British Antarctic Survey announced their detection of abnormally low levels of ozone over the South Pole. Their discovery, commonly known as the Ozone Hole, became a palpable example of Mankind’s ability to damage the Earth’s atmosphere, as well as one of the most famous success stories in the history of climate activism.
But there is good news, the international community was quick to act. Within two years, in direct response to the nature article and corroborating studies, 46 nations signed the Montreal Protocol, pledging to phase out substances known to cause ozone depletion. All 197 members of the United Nations would eventually ratify the treaty, and, as a result, scientists now predict that the ozone layer would return to its pre-1980 levels before the end of the 21st century.
The relative speed and unanimous adoption of the treaty around the world led former UN Secretary-General Kofi Annan to call the Montreal Protocol “perhaps the single most successful international agreement to date.”
This discovery has led to September 16 being designated International Day for the Preservation of the Ozone Layer, commonly known as Ozone Day. The theme this year is “OZONE FOR LIFE – 35 Years of Ozone Layer Protection”. This theme echoes the sentiments that the ozone layer works as an important shield surrounding the earth’s atmosphere.
Guyana is among the countries that agreed to reduce the use of ozone-depleting substances such as CFCs (chlorofluorocarbons). This is done through the National Ozone Action Unit (NOAU) within the Hydrometeorological Department, which is responsible for implementing the Protocol.
Ozone depletion is a major environmental problem, because it increases the amount of ultraviolet (UV) radiation that reaches Earth’s surface, which increases the rate of skin cancer, eye cataracts, and genetic and immune system damage, among other effects.
One might ask why it is important to protect the ozone layer. Some pollutants in the atmosphere, like chlorofluorocarbons (CH3), cause depletion of the ozone layer. These CFCs and other similar ‘gases’, when they reach to the stratosphere, are broken down by the ultraviolet radiation and, as a result, liberate free atoms of chlorine or bromine. These atoms are highly reactive with ozone, and disrupt the stratospheric chemistry. The reactions deplete the ozone layer. This fragile shield of gas works to protect the earth from harmful portions of the sun’s rays, which in turn preserves life on planet Earth.

How can I help the Government to save the ozone layer?
> Conserve energy – at home, at work, everywhere;
> Look for the ENERGY STAR label when buying home or office equipment;
> Carpool, use public transportation, bike, or walk whenever possible;
> Follow gasoline refuelling instructions for efficient vapour recovery, being careful not to spill fuel, and always tightening your gas cap securely;
> Consider purchasing portable gasoline containers labelled “spill-proof,” where available;
> Keep car, boat, and other engines properly tuned;
> Be sure your tyres are properly inflated;
> Use environmentally safe paints and cleaning products whenever possible;
> Mulch or compost leaves and yard waste; and
> Consider using gas logs instead of wood.

Many of us might not understand how important the ozone layer is to our planet, so that is why we should take more care of our environment, so we don’t deplete our ozone layer even more. To some, this topic may not be important, and they don’t understand what effects these dangerous chemicals can have on our environment. Hopefully, by reading this article, we would want to take better care of our planet for our future generations. 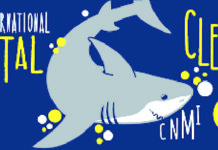 “Harnessing the power of people to fight ocean trash” 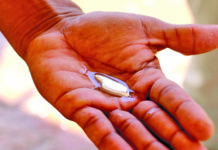 What you need to know about mercury exposure