Following reports that the Payara project has been approved, Natural Resources Minister Vickram Bharrat has clarified that the Guyana Government is still in discussion with ExxonMobil.

He noted that the discussions are still ongoing adding that a high-level government team will be meeting later today on this matter.

According to the Natural Resources Minister, while the project is not yet approved, the government is working towards signing an agreement with the US-oil giant soon.

Minister Bharrat said the government is hoping to meet the month-end deadline.

Payara, which was discovered in 2017, is ExxonMobil’s third potential development project within the Stabroek Block after Liza Phase 1 and 2. The discovery well was drilled in a new reservoir, encountering more than 29 metres of high-quality oil-bearing sandstone reservoirs.

The Payara development plan includes a floating production, storage and offloading (FPSO) vessel, named Prosperity. It is expected to produce 220,000 barrels per day, supporting up to 45 wells, including production, water injection and gas injection wells.

Under the former A Partnership for National Unity/Alliance For Change (APNU/AFC) Government, the Energy Department contracted Bayphase to conduct a review of the FDP in December of 2019.

The review was completed but in the wake of the controversies that followed the March 2, 2020 elections, little progress was made on approving the plan. ExxonMobil’s Final Investment Decision (FID) hinges on gaining approval for the development.

The oil company has complained that further delays in granting approval for the project could result in less revenue for Guyana after the project starts up in 2023. But experts have argued that unless ExxonMobil is able to give proper environmental and local content assurances and even improve the terms of its contract with Guyana, approval should be withheld.

Therefore, the new PPP/C government had tapped into an existing Canadian grant to recruit independent experts who would review the work done on Exxon’s Payara project FDP, before granting final approval for the project.

Those experts included Allison Redford, who is a former Attorney General and Premier of Alberta, Canada, and has worked with other groups around the world to conduct similar reviews in nature. 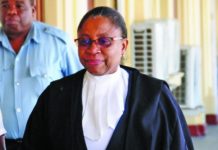 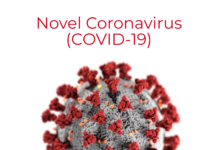 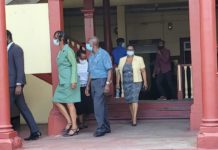