The Guyana Agricultural and General Workers Union (GAWU) has raised serious concerns about ranks of the Guyana Police Force (GPF) for suppressing the cries from sugar workers who were picketing outside of the Ministry of the Presidency on Tuesday.

On Wednesday, the Union said that several restrictions were imposed on the picketing workers, and in their view, it was intended to stymie their right to freedom of expression.
GAWU detailed that during the commencement of the exercise, protesters assembled on the western side of Vlissengen Road, Georgetown in front of President David Granger’s office – a routine which the Union said had been practised for many years. However, during Tuesday’s picket, they were told to remove from their position. It was contended that no harm was posed by the sugar workers since it was a peaceful activity.
“Within minutes of our gathering up, a Police vehicle arrived on the scene and several officers required us to remove from the parapet in front of the President’s office. The officers shared that it was a security precaution though we posed no threat to life, limb or property and were peacefully demonstrating. We had to wonder whether the Force responds to calls from citizens with such swiftness,” the Union said in a statement.

The workers were then forced onto the eastern side of Vlissengen Road, which came with several restrictions, the Union said, adding that one Police Officer also came in contact with one of the protesters and threatened to arrest him. Adding to that, this arrangement posed a challenge in monitoring the traffic.
“The officers demanded that we remain behind the eastern-most lane marker. As a result, the protesters were confined to the rain-soaked, muddied, narrow parapet in front of the trench that runs parallel to the Castellani House. In fact, at one time, the Police grabbed a worker by his shirt and threatened to arrest him had he stepped beyond the lane marker. At one time, a Police bus brought several policemen to the scene. Later, a truck carrying several metal barricades arrived, seemingly, with the intent to place further restriction,” the Union explained.
GAWU has shared the position that the restriction was organised to minimise the visibility of the protest. Furthermore, questions were raised as to whether the freedom of citizens is “disregarded”.
“Obviously, the protest must have been seen as an embarrassment to some and must have gotten under the not-so-thick skin of some in power. Their reaction, we believe, was manifested through the security forces…We must say we take the officers’ explanation with a pinch of salt. The situation has caused our Union to wonder whether we are now in a Police State where the rights and freedoms of citizens will be disregarded and the security apparatus will be used to quell dissenting voices and actions”.

Protests
A crowd of workers from the remaining Guyana Sugar Corporation (GuySuCo) estates staged a picketing exercise demanding better wages. They were last given a salary increase in 2014 and many expressed that the cost of living and other expenditures have significantly increased.
President of GAWU, Komal Chand stood on the protest lines as he declared that the Government ought not to ignore the plight of the workers who are employed by a State-owned enterprise.
He stated that the APNU/AFC coalition, since it took office in 2015, has done more harm than good to the thousands of persons employed in the sugar belt and that many persons continue to suffer as a result of “the administration’s actions or lack of”.
Chand further stated that over two months ago, the Union sent a petition to President Granger and he promised to have that petition addressed by the GuySuCo first and then inform the GAWU afterwards as to decisions being made.
However, to date, the Union has not received any feedback from President Granger, other than an acknowledgement of his receipt of this petition and his commitment to respond to representatives of the Union.
While Government has claimed that GuySuCo is responsible for raising the wages of its workers, Opposition Leader Bharrat Jagdeo shared different views during his weekly press conference last week. The Opposition Leader said that much more could be done. He had also posited that this claim is misleading since the coalition administration has made far crucial decisions for the company in the past, one of which was to close three massive estates across the sugar belt. He had proposed the usage of the $30 billion bond to supplement a hike in wages for the workers.
GuySuCo has three remaining estates in operation – Blairmont and Albion in Berbice and Uitvlugt in Demerara. 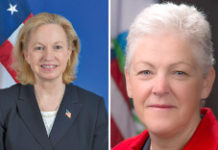 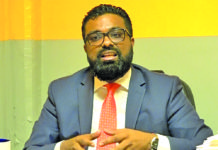 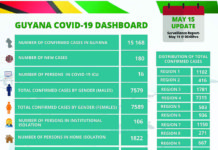