Police Corporal Keon Benjamin of the Criminal Investigation Department Major Crimes Unit told the Commission of Inquiry (CoI), into the alleged plot to assassinate President David Granger, that he would have written a report recommending false information charges against Andrif Gillard – the man who told Police about the alleged plot.

On March 29, Gillard reported that businessman Nizam Khan offered him $7 million to assassinate President Granger, an allegation which Khan vehemently denied.
Benjamin told Attorney Christopher Ram, who represents the family of the man accused of making the offer, that he made the recommendation in a report to the Assistant Commissioner with responsibility for law enforcement.
Benjamin, who had played a role in the arrest of the brother of Nizam Khan, had not recalled submitting any report into the matter until CoI Commissioner Paul Slowe, showed the document to him.
Parts of the report made reference to the report from witness Leon Baldeo, who claimed Gillard offered him $50,000 to support his story.
The Corporal was asked to read paragraph 16 of the report which states “…for that facts at hand it is clear that Andrif Gillard’s allegation, which is a serious one, is fictitious and an act of dissatisfaction on the part of the Police at the Golden Grove Police Station, since the records at the station show, that several reports were made at said station by Andrif on various persons and very little action was taken. Investigations also reveal that there was a burning issue between Gillard and Khan, but Khan for reasons better known to himself never reported it.”
The report, which was read during the CoI, stated, “It is somewhat strange that Andrif have been involved in several encounters with Khan [but] never seen it fit to report it to the Police or indicate to anyone the offer to assassinate the President, Mr David Granger. While on the other hand, Andrif offered to pay Baldeo the sum of $50,000 to support his unfaithful claims. This, however, got worse when Lloyd Adams, a friend of Andrif, indicated in a statement that Andrif told him via telephone that he was not being truthful. The telephone records clearly and strongly suggested this conversation took place. Therefore, I strongly suggest that Andrif Gillard be charged with the offence of giving false information to the Police.”
Benjamin said that he stood by the recommendation of the report.
Inspector of Police, Suraj Singh, who was in charge of the Major Crimes Unit for a few days during April while Mitchell Caesar was away, also testified before the Commission.
However, it was determined that Singh’s role was minor in the matter, as he only designated tasks after the file was sent back from the Police’s legal advisor for aspects of the investigation to be completed.
The CoI hearing continues today and the report is expected to be submitted to President Granger on August 18. 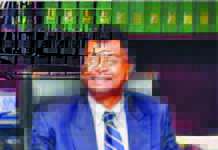 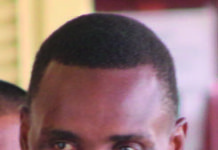