With only 17 days until elections

With elections just over two weeks away, the political parties contesting the upcoming polls have signed a Code of Conduct which will govern the way they operate on the campaign trail.

The Code of Conduct, which was prepared by the Ethnic Relations Commission (ERC), was signed on Thursday by all 11 parties contesting the upcoming General and Regional Elections.
The signing of the Code of Conduct comes at a time when there are mounting concerns about the provocative language being used by political leaders at public rallies as they contest ahead of the March 2 polls. Among other things, the Code stipulates that political campaigns must be free of harassment, hate speech, intimidation, and violence.
According to the Chairman of ERC, Dr John Oswald Smith, even as the event was ongoing, the Commission was engaged in sending letters to parties, warning them of creating and inciting racism at their rallies.
“As a Commission, we are heartened at the responses from the Parties involved and happy that the Code of Conduct is being signed today (Thursday). However, internal reports compiled from monitoring public meetings and the traditional and non-traditional media, including Facebook, are major cause for concern,” Smith underscored.
The Chairman further noted that the signing is a historic proportion for the Commission while noting that Code will help to promote harmony and good relations through its political platform.
“This is also a historic moment for the ERC. It is the first time since its establishment it would have endeavoured to have a Code of Conduct for an election. As a Commission, we believe that constitutional body birthed out of political discord and one that is entrusted with the promotion of harmony and good relations, among the responsibilities that befell, such an endeavour becomes unavoidable.”
Concerns have been raised by persons and the Opposition Leader Bharrat Jagdeo regarding the signing of the Code of Conduct since political parties have already begun campaigning and are in the final stages of campaigning.
Nonetheless, Dr Smith is urging them to be more professional during this session as it is known to be the “mother of all elections” for the country.
“With behaviour and utterances not helpful to the efforts of promoting harmony, we urge all to work towards eliminating such public displays through a more responsible approach in an effort to ensure that the remaining period of the campaign is free of ethnic division, discrimination, hate speech, incitement and provocation.”

Breach
Parties that breach the Code will be subjected to legal action by the Commission, who has deployed a Rapid Response Unit to deal with the infraction.
Following the signing, each parties’ representative was invited to give brief remarks.
“Let me congratulate the ERC on putting together this Code of Conduct and I hope that all the parties that have signed here are committed because I want to make it clear that our party is committed to the signing [of] the Code of Conduct,” Zulfikar Mustapha from the People’s Progressive Party/Civic added.
The governing party, A Partnership for National Unity/Alliance for Change (APNU/AFC) was represented by its General Secretary, Joseph Harmon, who noted that his party is “happy to be here to sign this important agreement.”
According to the Code of Conduct, failure to adhere to the code will render parties liable for breach of the agreement and necessary actions and sanctions may be implemented against the parties by the ERC.
The ERC’s mandate is to provide equality of opportunity between persons of different ethnic groups and to promote harmony and good relations between such persons and provide the elimination of all forms of discrimination on the basis of ethnicity. It is also required to discourage and prohibit persons, institutions, political parties and associates from indulging in, advocating, or promoting discriminatory practices on the ground of ethnicity. 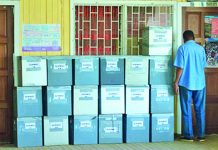 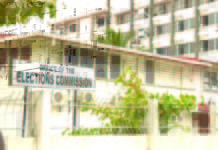 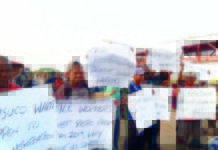