Home Top Stories Prisoner stabbed during brawl at the Magistrates’ Court
A group of inmates clashed Monday morning at the Georgetown Magistrates’ Courts after which a knife was wielded. One inmate was stabbed.
The main access to the court was closed as ranks called for reinforcement following the commotion. Cases are currently being suspended as investigation into the matter continues.
Details of this story will be published in the February 07, 2017 edition of Guyana Times. 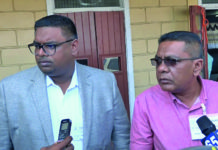 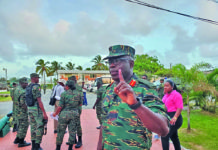