“Most, if not all buildings were decorated with buntings, colors of the new Guyana flag, and lights.  The trees on Main Street and Camp street avenues were all lit up and  were like a fairly land.  Citizens (including yours truly) strolled through the avenues and window shopped at night just to admire the lights and decorations,” The Duke of Edinburgh was in town for the celebrations as were other foreigners either on official business or otherwise.  The Demerara Rowing Club hosted a Regatta in the Demerara River.  Some of us were allowed time off from work to attend (in the Club house of course).  It was really a festive time the likes of which I have not seen since, and reminded of the Coronation celebrations in the ‘50s. People were able to put aside their differences, political and otherwise for a while to be united in celebrating this significant, historical event.”

These were the fond recollections of a then young Guyanese girl, of Chinese ancestry; now a grown woman and preparing for the country’s 53rd Independence Anniversary, the memories of that auspicious period still had the power to bring a warm smile.  Throughout the early part of 1966, preparations for Guyana’s independence were in  full swing; guests included  Dignitaries and  the Duke and Duchess of Kent.

Independence is one of the most significant days in this country’s history, a history that must never be erased. To even understand this day’s significance, we have to indulge and engage ourselves into the past to feel the experiences of previous generations, to understand the reasons for the Independence struggle, and to sustain the gains accrued since 1966.

Former President Cheddi Jagan asserted that the reasons for the Independence struggle were “…Because life was hard and conditions were abominable. (Excerpt from the Guyana Chronicle 2003)

Throughout early 1966, preparations for Guyana’s independence celebrations went into full swing. A special committee appointed by the government designed the new Coat of Arms and selected the Canje pheasant as the national bird.

The design and colours of the new flag, “The Golden Arrowhead”, had already been chosen in 1962 from entries submitted through an international competition. The winning five-colour design was submitted by an American, Whitney Smith.

The name of the flag – the Golden Arrowhead, was taken from the golden shape of an arrowhead along its middle, and signifies Guyana’s journey into the future. The golden arrowhead, with narrow white and black strips along its sides, was set on a green and red background with narrow white and black strips along the sides of the arrowhead. The five colours were also seen as symbolic to the country various assets.

The official heraldic description of the Flag reads as follows:

<<<Vert on a pile throughout issuant from the dexter or fimbriated argent a pile gules fimbriated sable upon the same base. >>>

The GREEN background symbolises the agricultural and forested nature of Guyana.

The WHITE border symbolises its waters and rivers potential.

The BLACK border, the endurance that will sustain the golden arrow’s forward thrust into the future.

The RED triangle symbolises the zeal and the dynamic task of nation building which lies before our young and independent country.

The Garter King of Arms has described the design as being one of the most significant departures in national flag design in modern times.

The Flag is designed to be of a proportion 3X5 on land and 1X2 at sea. The colour proportions are green 50 percent; gold 24 percent; white 6 percent; black 4 percent, and red 16 percent. 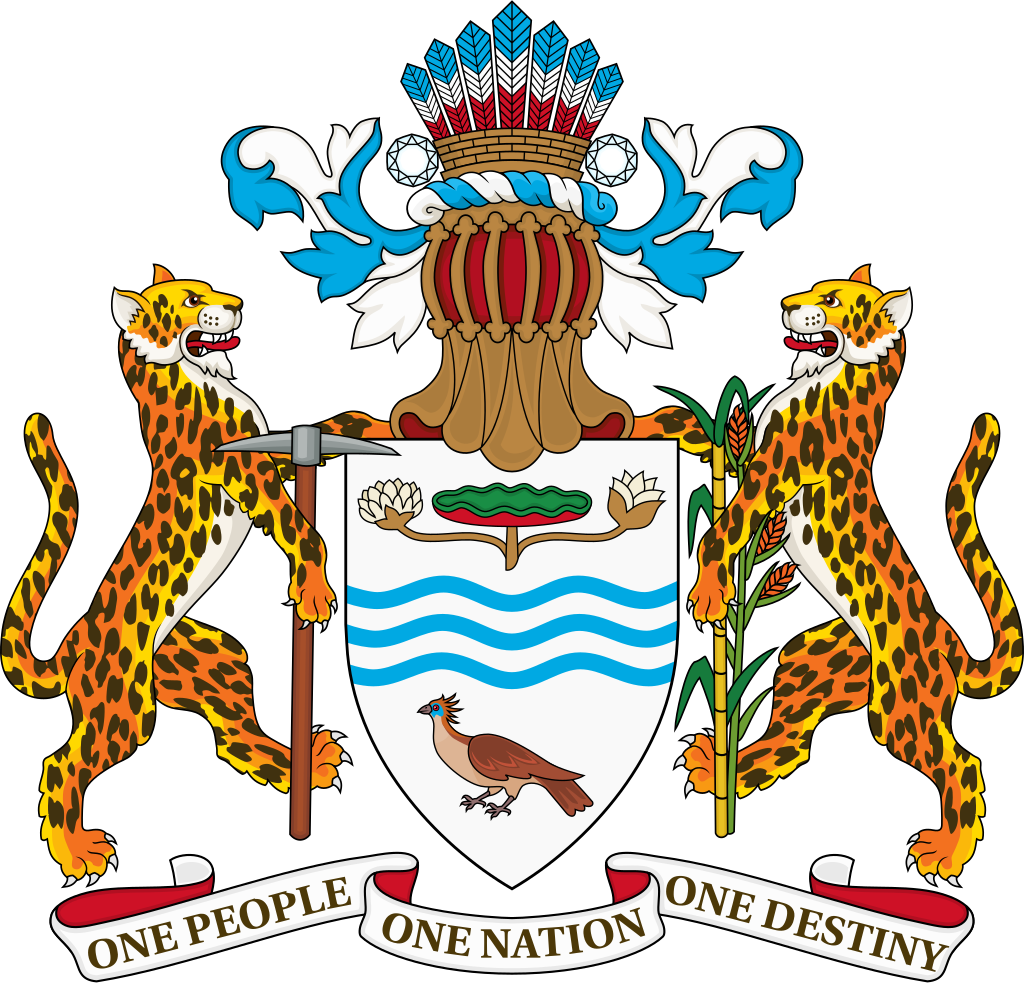 The national Coat-of-Arms of Guyana is a composite of motifs suggested in separate designs by three Guyanese artists. The design is interpreted as follows:

The Amerindian head-dress symbolizes the Amerindians as the indigenous people of the country. The two diamonds at the side of the head-dress represent the country’s mining industry. The helmet is the monarchical insignia.

The two jaguars holding a pick axe, a sugar cane and a stalk of rice symbolize labour and the two main agricultural industries of the country – sugar and rice. The shield which is decorated with the National Flower, the Victoria Regia Lily, is to protect the nation.

The three blue wavy lines represent the many waters of Guyana. The Canje Pheasant, the National Bird, at the bottom of the shield represents a rare bird found principally in this part of the world and the rich fauna of Guyana.

The streamer below the shield bears the Nation’s Motto
“ONE PEOPLE, ONE NATION, ONE DESTINY”

The Coat of Arms was selected on the recommendation of the National History and Arts Council and approved by the College of Arms, England. It was accepted by the House of Assembly on Friday, 25th February 1966. 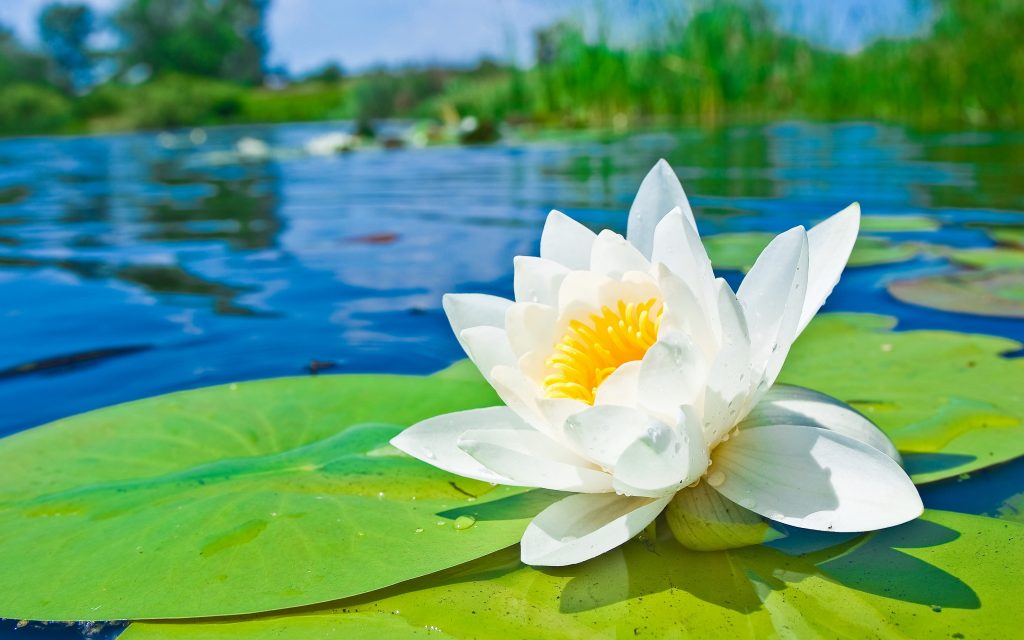 The Victoria Regia, a water lily, was discovered by Robert Schomburgk, a German Botanist in 1837, while leading an expedition into the interior of what was then British Guiana. In its native habitat of tropical America, the plant is perennial. It grows in 4 to 6 feet of water, the base of the stems being situated in soft mud. From each plant there are seldom more than 4 or 5 leaves. The largest flowers can measure 10 inches to one foot in diameter. When first open, they are white with a sweet smell rather like a ripe fruit; by the second day they are fully expanded and a deeper pink; by the third day, they start to wither. 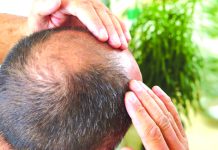 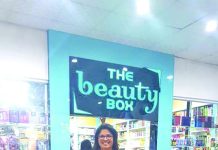 I had a hysterectomy and a splenectomy, but my cancer still came back – Sharron Madramootoo-Ally 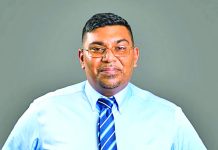