The ten cricket teams of the Rose Hall Town Youth and Sports Club have joined hands with the Berbice Cricket Board to launch another project, as the two vibrant organisations continue their COVID-19 response project.

The two organisations have, since the start of April, operated a joint project to assist those affected by the pandemic, and to educate Berbicians about the deadly virus that has killed over a million persons worldwide. Their latest venture has been the publication of an eleven by seventeen inch coloured educational poster.
RHTY&SC Secretary/CEO Hilbert Foster has stated that the posters, which were printed at the F and H Printery in Georgetown, were solely sponsored by the ten cricket teams of the club: Farfan and Mendes under 15, Poonai Pharmacy under 12 and under 13; Bakewell under 17 and second division; Pepsi under 19 and Intermediate; Metro Females; Namilco Thunderbolt under 21 and First Division teams.
The posters would be distributed across the county free of cost, with special emphasis placed on schools, Police stations, Fire stations, municipal markets, supermarkets and cricket grounds, among other places. 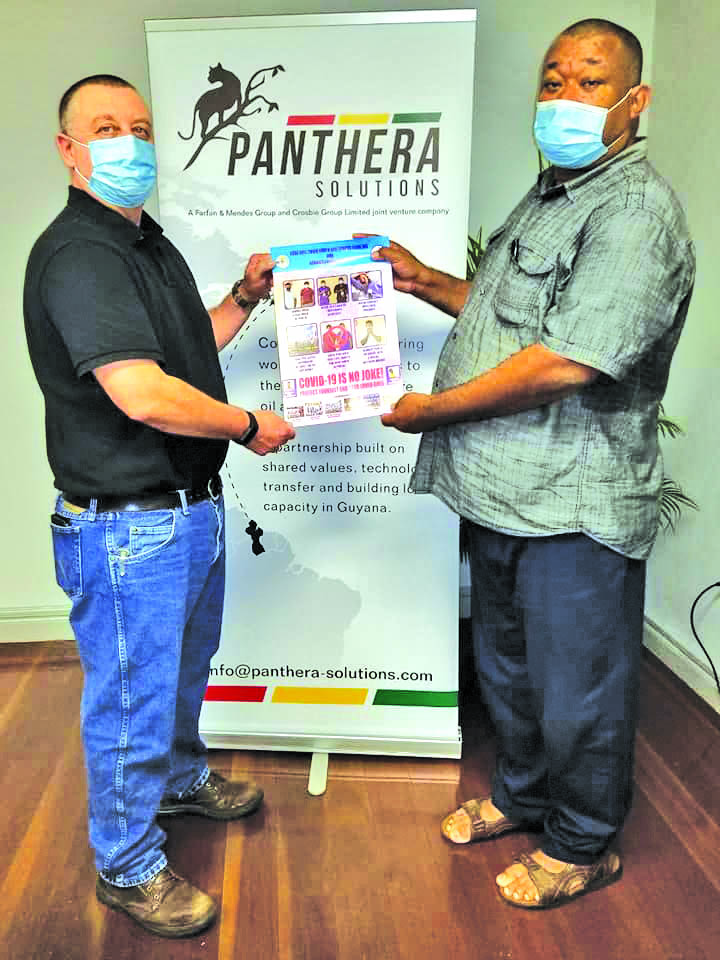 The poster seeks to educate the general public about the main ways to protect themselves from the virus, and features the images of four of the RHTY&SC’s most promising players and the club’s two youth ambassadors. They are Jonathan Rampersaud, Mahendra Gopilall, Jermeny Sandia, Kevin Ramnarine, Marissa Foster and Denica Henry.
Among the recommend guidelines on the posters are social distancing, wearing a face mask in public, sanitising hands regularly, and avoiding persons sick with the virus.
Foster has said that together, the BCB and RHTY&SC have distributed more than six thousand food hampers across the entire county, along with two million dollars’ worth of chicken products, face masks, clothing, and cleaning items since April.
Minister Vickram Bharrat congratulated the two organisations for working together to make a positive difference during this period, and expressed confidence that the posters would assist in a major way.
The publication of the posters marked the 200th personal developmental project of the ten cricket teams of the club. 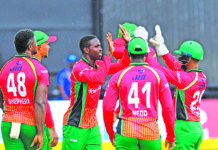 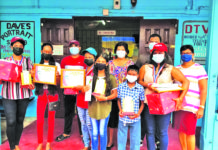 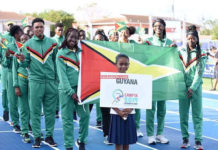 CARIFTA Games have been cancelled!