Shaheed “Roger” Khan, was earlier today released from Police custody on $200,000 bail, according to his Attorney Glenn Hanoman.

Speaking with the Guyana Times on Tuesday, Hanoman related that his client will have to report to CID Headquarters as so instructed by the Police.

Khan was deported from the United States after spending a number of years in prison for drug trafficking and other crimes. He arrived in Guyana Friday night and was immediately whisked away to the Criminal Investigations Department (CID) Police Headquarters, Eve Leary where he remained in custody.

The Police said that they have been investigating Khan for the murders of rights activist, Ronald Waddell, and boxing coach, Donald Allison.

Waddell was gunned down in his car outside his seaside Subryanville, Georgetown home in January 10, 2006. A US informant, Selwyn Vaughn, had testified in a US court saying that he had been a member of an alleged death squad that had been headed by Khan, and he had known that the drug trafficker had ordered the hit on Waddell.

In addition, Allison was shot dead outside the Ricola Boxing Gym in Agricola on the East Bank of Demerara, on September 8, 2005 because he had been believed to have been supporting heavily-armed gunmen in Buxton.

Khan was sentenced in 2009 after he pleaded guilty to arms trafficking, drug trafficking, conspiracy and witness tampering. He was nabbed in neighbouring Suriname back in June 2006 after fleeing Guyana.

After serving his sentence, he released from prison on July 8, 2019, placed in the custody of ICE, and was being held at the Krome Detention Facility in Miami before his deportation. 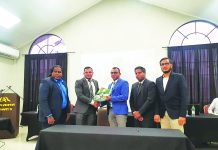 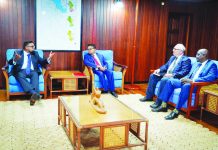 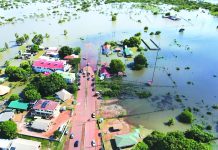