President David Granger is expected to meet with his Cabinet today to discuss the letter sent to him, by the Chair of the Guyana Elections Commission (GECOM), and come up with a possible date for the constitutionally overdue General and Regional Elections.

As a result of this, citizens were surprised by the Guyana Police Force after they blocked off, without prior notice, several roads leading to the Office of the President.

The roads currently blocked off are:

The Police have since indicated that the surprise roadblock was as a result of threats of a protest in front of the President’s Office.

The Opposition, Peoples Progressive Party, has pledged to continue protest action across the country to mount pressure on President Granger to make an elections proclamation.

Elections were due on September 18, 2019, after the Caribbean Court of Justice (CCJ) validated the December 21, 2018 motion of no-confidence against the APNU-AFC Coalition Government.

The President said that he had not issued a date for elections because he was awaiting word from GECOM on the state of its readiness. However, GECOM Chair Justice Claudette Singh wrote to the President advising that the Commission would be ready by the end of February 2020. That letter has been sent since September 19, 2019, and five days after, the President is yet to declare a date for the constitutionally overdue elections. 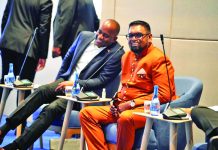 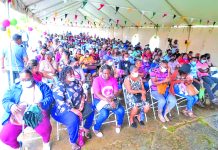 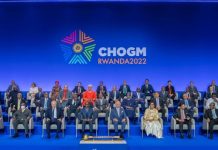