– Gaskin’s brilliance not enough to save Guyana

Suriname produced a dominant display at the National Aquatic Centre, Lilliendaal to win the overall swim title in the Inter-Guiana Goodwill Games on Sunday.
The Surinamese amassed to 268 points in the 24-event meet while Guyana scored 195 points after surrendering many of their races on home turf. 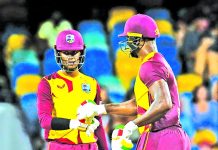 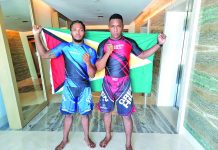 Are Cave, D’Anjou ready for the octagon in Abu Dhabi? 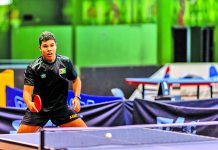