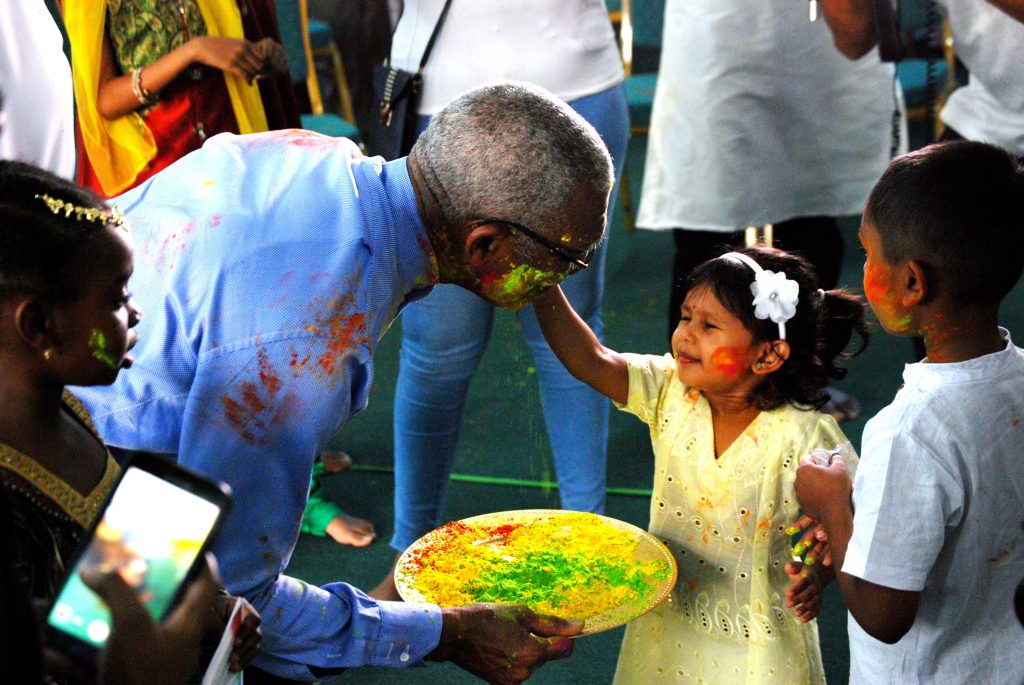 Every year we hear of how much the celebrations surrounding the Festival of Colours have changed and that some of the long-held traditions are dying. But what exactly has changed and how much it has changed is a question with a variety of answers since change is the only constant in our lives.

However, what has not changed is the spirit of the celebration. The very core of what Phagwah is about is very much alive and well. The triumph of good over evil still is the centre of the celebrations, though now it is observed more lavishly as a sign of it forever evolving.

To this day, the message of the music in observance of Phagwah remains the same. It takes the same old versions of the songs to get us in the mood, to get us to go out there and colour our friends and family and enjoy being at peace with oneself and their surroundings.

Play a (sweet) tune on Your flute

The colours are showering in my courtyard

Colour me in your colours o my beloved 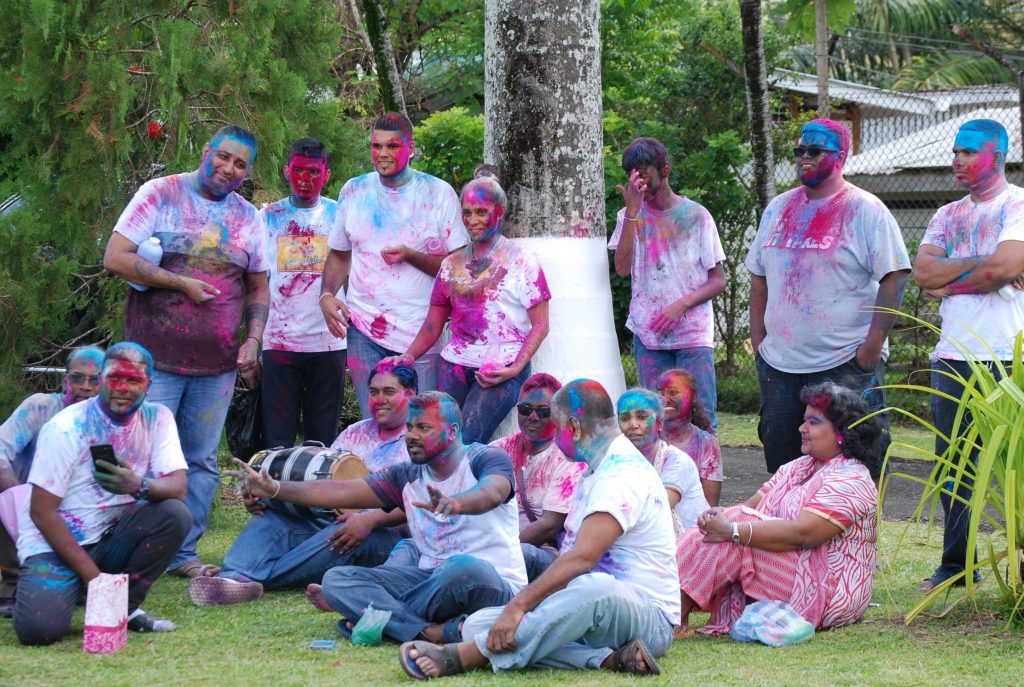 Those lyrics are taken from a song from perhaps one of the most iconic movies emanating from Bollywood. The movie, Mother India, is a gripping the film on the struggles of a woman and the song “Holi Aye Re” is perhaps the most popular Phagwah song behind Rang Barse.

Since its release, the song has dominated holi celebrations and continues to be a highlight of the celebrations.

In conversation with a village elder, Auntie Golyn as she is popularly known, from Canal Number One on the West Bank of Demerara, I learnt that during the golden days the celebrations would start one week before the actual day and go on for about one week after. She tells me that it was a time when the villagers would come together and celebrate as one. 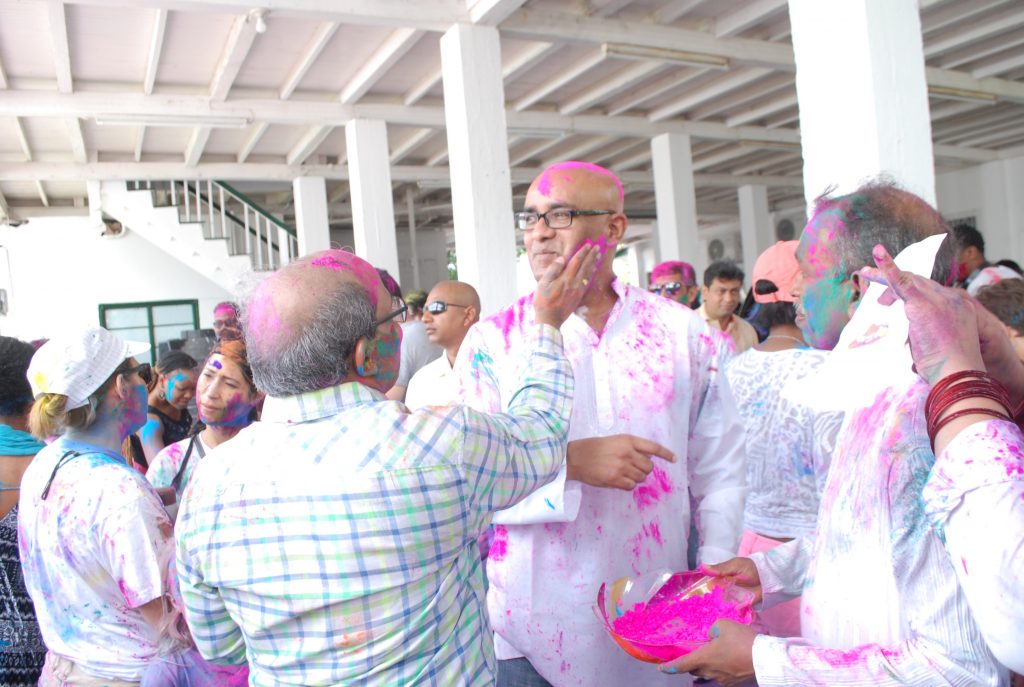 “Back then when I was a child we used to have plenty of fun. Every day when you come home you would hurry up and do your work and after that is a big game to see how much of your friends you can soak. Sometimes we would all get wet up and when you go home soak skin is bare lash from mommy but we didn’t mind,” the 60-year-old said.

Back then the competition used to be which boy was strong enough to push the other one overboard without going behind him. It was a struggle that resulted in several friendly fights in the neighbourhood.

Growing up in the countryside, my earlier experiences somewhat mirrors what Auntie Golyn explained to me. I remember, as a child in the 90s, rushing home from school hoping that you make it there before your friends because if you did not then you know what is waiting for you.

One of the advantages of living among extended family meant that around phagwah time there were more people to surprise with a bucket of water. I also remember us saving up our money to buy the brightly coloured powders to colour our friends. There was a special fight to get the most purple and green ones since those were the ones which stained the most.

Back then, it was a privilege to be gifted a water pistol from your parents. We would get one-litre bottles and heat nails to holes on the cover which would serve as our water pistols. We would also scour the garbage for old tins to “boil stainer (abeer)” since you would receive some good lashes if you used your mother’s pot. 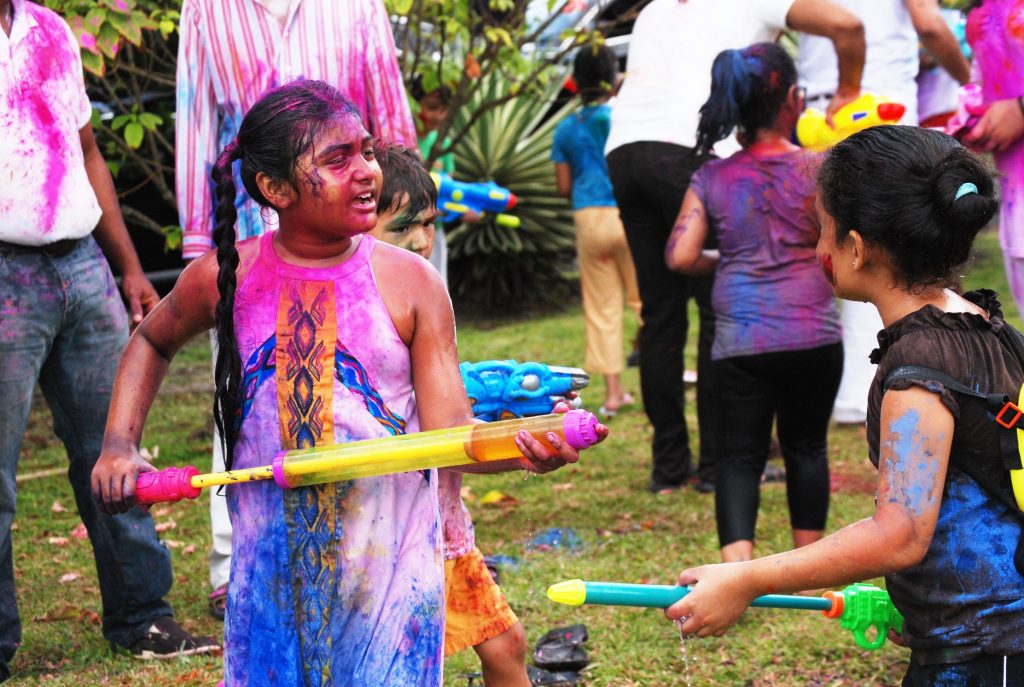 The colours themselves are very significant in the celebration of the festival of colours. The clouds of colours dancing in the wind carry the message of love and happiness across walls, neighbours, and hearts. Brightly coloured powders are the mainstay of Holi, during which men, women, and children carry powders and liquid colours to throw and smear on the clothes and faces of neighbours and relatives. While dry powder colours are called “gulal,” colours mixed with water are called “rang.”

There is a colour for almost every occasion, moment, or celebration. Each colour symbolizes a force in life, and thus colour and life are inseparable. While the most popular colours are the brightest — blue, yellow, red, purple, pink, and green — there are colours that are conspicuously absent, traditionally. These include black and white.

Though white symbolizes a sense of purity, it is also a colour of mourning. Widows in India, unlike in their western counterparts, retire to a white-only dress code. And while black is considered ugly, evil, and undesirable, it is relied upon heavily to ward off evil, as is evident in the ceremony of putting a black dot on a new-born baby’s face to ward off the evil eye.

The ideologies behind the celebration remain the same however, now the celebration has evolved. People are now more inclined to gather at the various melas with the celebrations moving away from the homes of persons. However, what has not changed is the variety of sweetmeats prepared in observance of this festival. 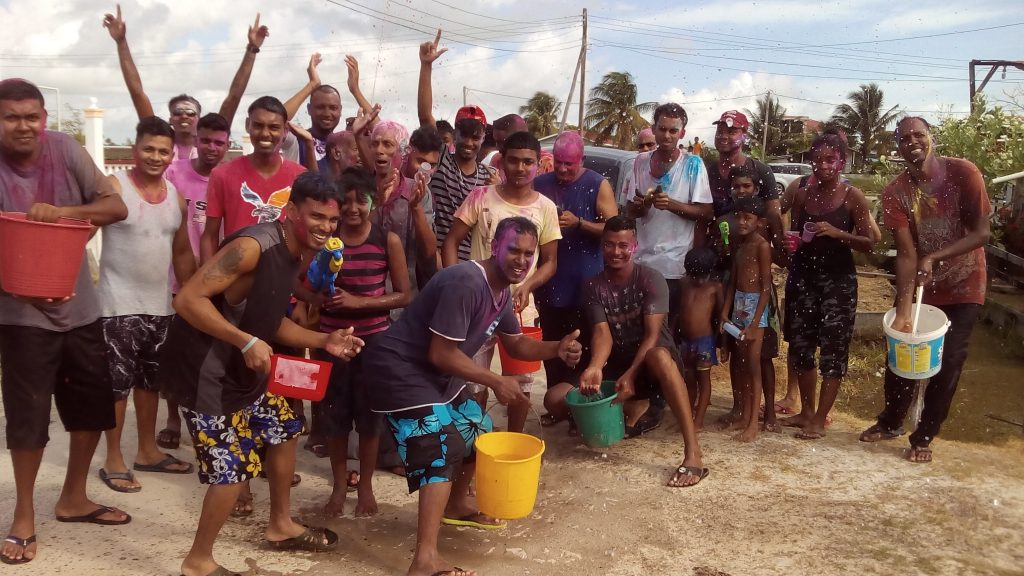 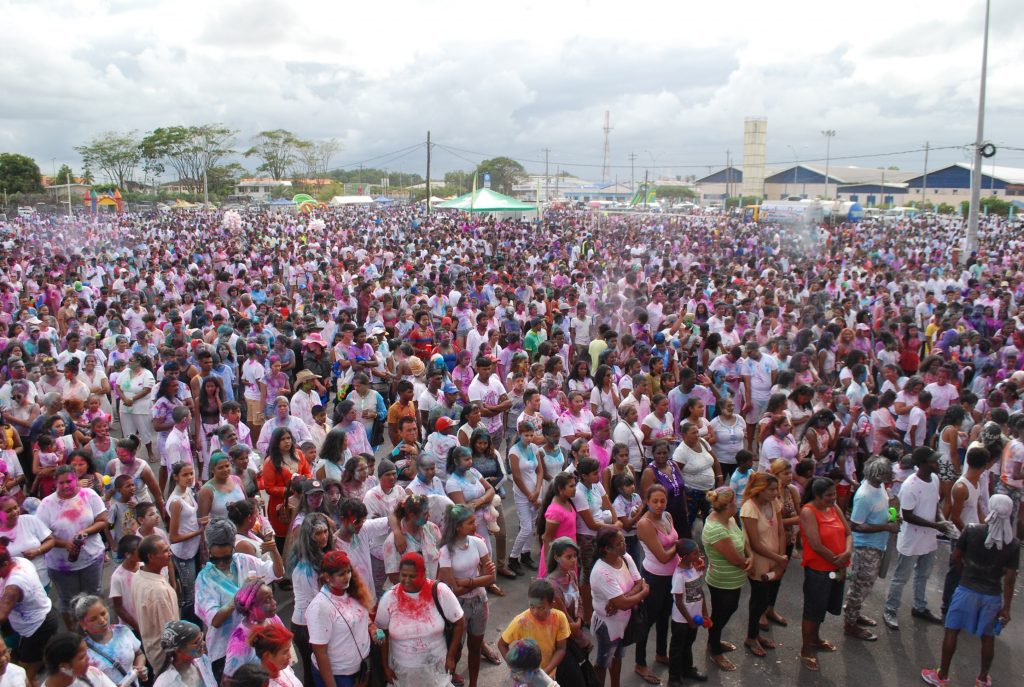