Home Features The Legend of Holi – Story of Prahlad and Holika 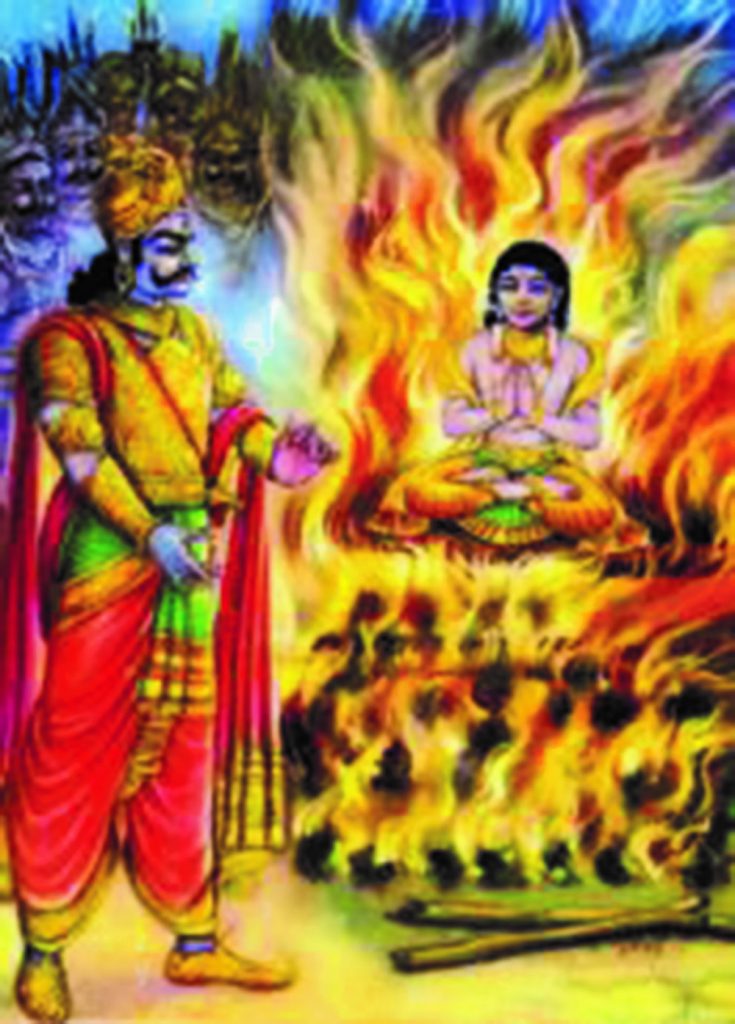 One of the foundational principles of Hindusim is good only begotten good and it is instilled in the minds of all Hindus from a young age. They are taught to do good deeds as a way of life. They are taught that one’s soul only attains Moksha (liberation in this life) through good karma (deeds). Around this time, we are quite often reminded about the consequences of good karma with the celebration of Holi-the festival of colours.

Holi or Phagwah as we know it is the Spring Festival celebrated on the last full moon day of the lunar month Phalguna (Phalguna Purnima), which usually falls in the later part of February or March. There are several legends, depending on the various areas you are living in. However, the most common legend is the story of young Prahlad and his evil aunt Holika signifying the triumph of good over evil. 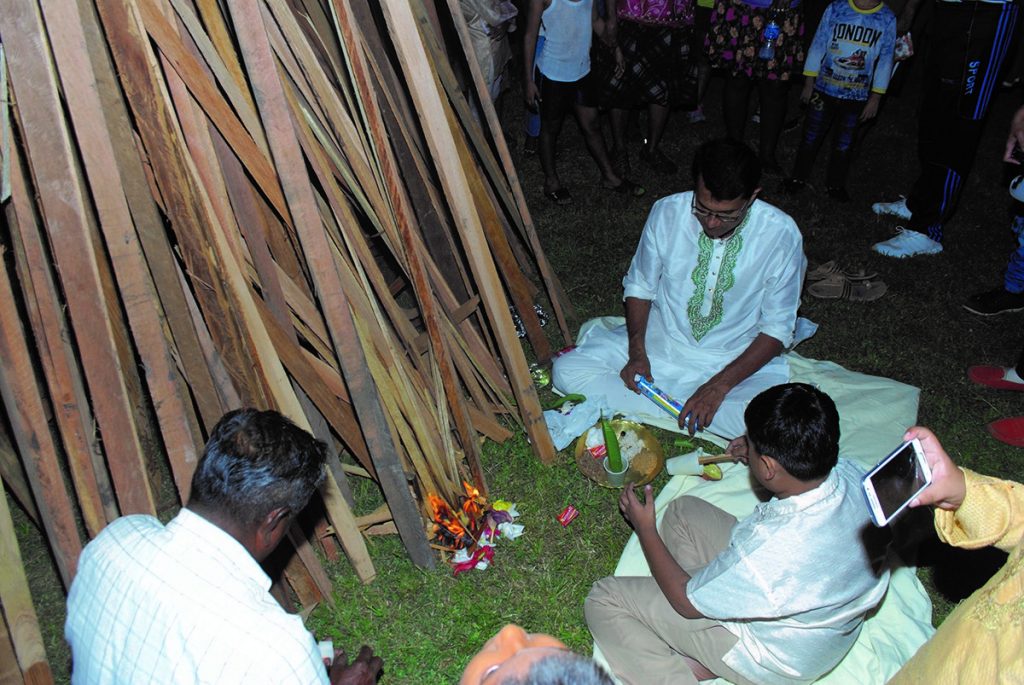 There was once a demon king by the name of King Hiranyakashyapu who won over the Kingdom of Earth through years of prayers. He was the King of the demonic Asuras and according to the Bhagavata Purana he was granted a boon (wish) that he could be killed by neither a human being nor an animal, neither indoors nor outdoors, neither at day nor at night, neither by astra (projectile weapons) nor by any shastra (handheld weapons), and neither on land nor in water or air.

After he received his boon, Hiranyakashyapu became so egoistic that he commanded everybody in his kingdom to worship only him. But to his great disappointment, his son, Prahlad became an ardent devotee of Lord Vishnu-the sustainer of the universe and refused to worship his father.

Hiranyakashyapu tried several ways to kill his son Prahlad but Lord Vishnu saved him every time. Finally, he asked his sister, Holika to enter a blazing fire with Prahlad in her lap. For, Hiranyakashyapu knew that Holika had a boon, whereby, she could enter the fire unscathed.

Treacherously, Holika coaxed young Prahlad to sit in her lap and she herself took her seat in a blazing fire. The legend has it that Holika had to pay the price of her sinister desire by her life. Holika was not aware that the boon worked only when she entered the fire alone.

Prahlad, who kept chanting the name of Lord Vishnu while in the fire with his aunt, came out unharmed, as the lord blessed him for his extreme devotion. Thus, Holi derives its name from Holika. And, is celebrated as a festival of victory of good over evil.

Holi is also celebrated as the triumph of a devotee. As the legend depicts that anybody, howsoever strong, cannot harm a true devotee and those who dare torture a true devotee of god shall be reduced to ashes.

After the fire destroyed the evil Holika, King Hiranyakashyapu became enraged and attempted to kill Prahlad himself. However, Vishnu, the god who appears as an avatar (form) to restore Dharma in Hindu beliefs, took the form of Narasimha – half human and half lion, at dusk (when it was neither day nor night), took Hiranyakashyapu at a doorstep (which was neither indoors nor outdoors), placed him on his lap (which was neither land, water nor air), and then eviscerated and killed the king with his lion claws (which were neither a handheld weapon nor a launched weapon). 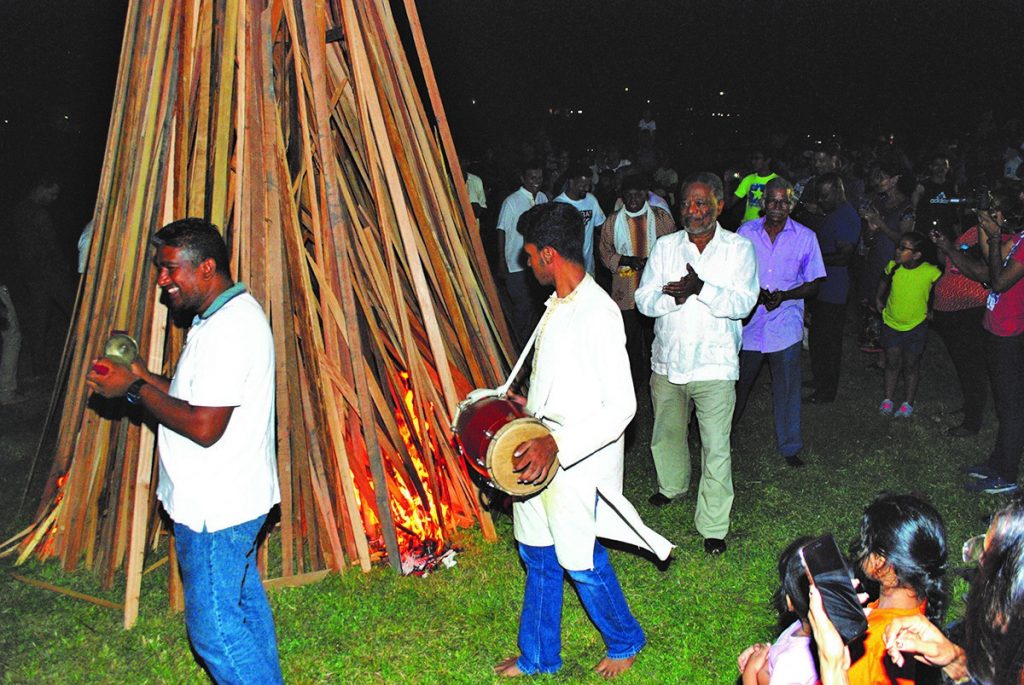 Holika Dahan or the burning of Holika will take place across Guyana on the night before the Phagwah celebrations. The festival of Holi gets its name from this very ritual of Holika Dahan. The phrase Holika Dahan literally means burning Holika. The day when Holika is burnt is also known as Choti Holi or small Holi. The people create a bonfire on this day and celebrate the triumph of good over evil.

It is stated in the Vedas that one day before the Holikotsav a sacred fire was burnt and specific mantras to ward off evil were recited during the burning ritual. The fire was burnt with the objective to destroy the demonic forces.

Some texts also mention a different version of Holika Dahan. According the texts, the parched cereals and grains are collectively called ‘Holka’ in Sanskrit.

It is believed that the word Holi or Holika is derived from Holka or grains. These parched grains were used to perform ‘hawana’ or sacred fire.

The sacred ash obtained from this fire ritual was known as the Bhumi Hari. This ash was smeared on the forehead of the person participating in the ritual to keep away evil spirits. Till date, this ritual of offering food grains to the bonfire is followed.

The preparations of Holika Dahan start 40 days before the festival. People gather twigs, logs, dry leaves etc. Then on the night of Phalgun Purnima, the bonfire is set alight amidst chanting of the Rakshogana mantras which help to ward off evil spirits. Next morning the ashes of the fire are collected and smeared on the body before taking a bath.

The burning of Holika signifies the triumph of good over evil and that the bad forces around you can never win if you have a strong will. Holika represents the negative forces which get burnt against the strong will of human which is denoted by Prahlad. 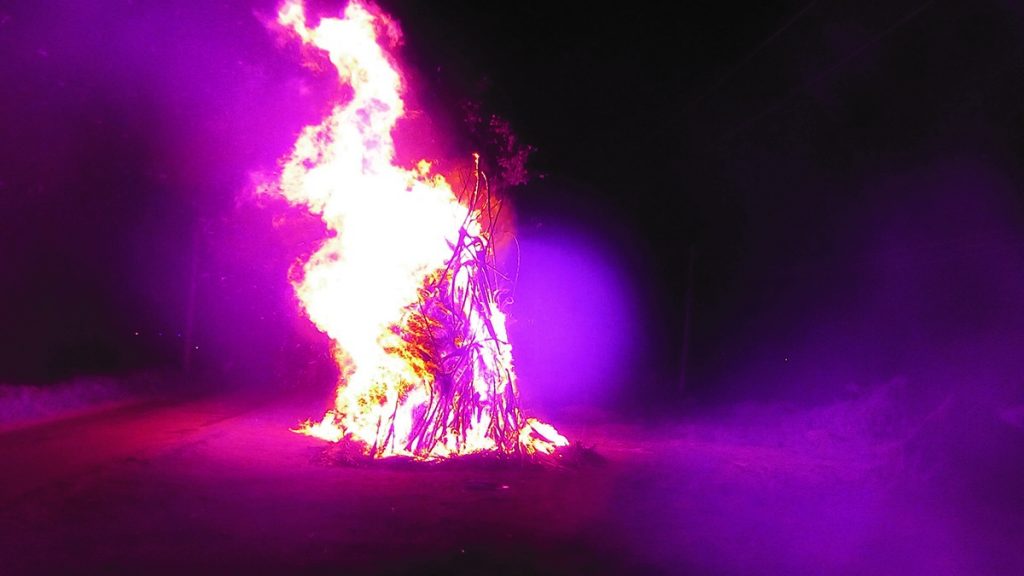 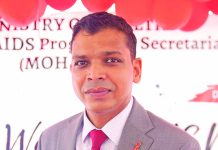 EFFECTS OF HOOKAH ON HEALTH 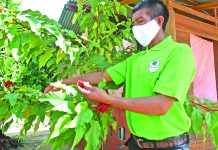 Making sacrifices for his tourism passion: The story of Sloth Island’s Claude Benjamin