Days after Government passed a motion in the absence of the Opposition in the National Assembly paying tribute to a convicted terrorist and former parliamentarian, two out of the three ABC countries and the European Union (EU) have joined in condemning the Guyana Administration’s actions.
The United States and the United Kingdom made it clear that the motion was inappropriate, with the US Embassy in Georgetown issuing a strongly-worded statement in which it questioned the coalition Government’s commitment to the rule of law.
“The US Embassy in Georgetown condemns the resolution by Guyana’s National Assembly, reportedly honouring the life and work of convicted terrorist Abdul Kadir,” the US Embassy wrote. “Kadir was sentenced to life in prison in the United States after being found guilty of plotting a 2007 terrorist attack at John F Kennedy International Airport in New York.”
The US statement declared that members of the Guyana National Assembly, therefore, chose to honour a man who “conspired to kill innocent people from across the United States and around the world. This resolution is an insensitive and thoughtless act, which demonstrates the National Assembly’s disregard for the gravity of Kadir’s actions”.
The Embassy recalled that while speaking at an International Peace Conference recently, recently-appointed US Ambassador Sarah-Ann Lynch had held up Guyana as “a model to the world on religious tolerance and understanding”.
“The National Assembly’s resolution of April 26 draws into question that reputation.  It also comes on the heels of Guyana’s historic cooperation with the United States on the extradition of an alleged murderer.  Members of Parliament have placed this resolution in direct contradiction to the efforts of security cooperation between our two countries.”
With this resolution, honouring a convicted terrorist, members of Guyana’s National Assembly have left a stain on their legacy as representatives of the Guyanese people and on their commitment to the rule of law, the Embassy added.

Inappropriate
Meanwhile, British High Commissioner to Guyana, Gregory Quinn threw his support behind the US Embassy’s statement, noting in a tweet on Monday that the Government’s actions were inappropriate.
“The UK shares the concerns of our US friends about the honouring of convicted terrorist Abdul Kadir,” Quinn wrote in his statement. “Terrorism affects us all and we believe this action was inappropriate.”
The EU also came out against the Government’s actions. In a statement on its Guyanese mission website, the EU delegation expressed surprise that the Government would honour someone convicted of terrorism.
“The EU Delegation notes with surprise the honouring of former MP Abdul Kadir in the National Assembly of Guyana and believes that eulogising a person convicted of terrorist acts is inappropriate,” the Delegation wrote.
After the rising indignation against the motion to honour Kadir, Government released a statement on Monday saying that honouring Kadir is in keeping with “time-honoured convention”.
“It is well known that there is a time-honoured convention of the National Assembly to observe, in a standard and solemn form, the work of former Members who are deceased. The observance of this tradition has never been selective, and has included, over the decades, persons of all political parties and persuasions who served in the National Assembly.
“The Government of Guyana regrets the interpretation given to the motion passed in the National Assembly on April 26 on the death of Abdul Kadir, a former Member of Parliament. The Government of Guyana asserts that it had no intention of conveying the impression that the motion was designed to honour a former MP convicted of terrorism in another jurisdiction.”
According to the Government in its statement, the motion was intended to recognise Kadir’s service as a parliamentarian. Kadir served in the National Assembly as a People’s National Congress (PNC) parliamentarian from 2001 to 2006.

Opposition condemnation
Meanwhile, the Opposition – People’s Progressive Party/Civic (PPP/C) – have since denounced the act by the Government saying that such a motion is another act of betrayal of democracy and the rule of law.
In a stinging statement on Saturday evening the PPP said the move by Government to pass such a motion is clearly not reflective of the will of the people of Guyana.
The Party, which boycotted the sitting as the Government’s very legality is to be decided by the Caribbean Court of Justice (CCJ), which is hearing no-confidence related cases next month, said that the People’s National Congress (PNC) has a” history of honouring and exonerating violent criminals. Linden “Blackie” London, whose reign of terror ended when he was killed in a shootout with law enforcement services of Guyana, was honoured by PNC leaders, who infamously draped Blackie’s coffin with Guyana’s national flag, the Golden Arrowhead. In addition, the five prison escapees who wreaked havoc and were responsible for murder, mayhem and an unprecedented crime wave, were dubbed ‘freedom fighters’ by many leaders of the PNC.”

Motion
The motion – Sympathy on the Death of Mr Abdul Kadir, former Member of Parliament – was tabled by newly-transferred Junior Agriculture Minister Valerie Adams-Yearwood in Parliament on Friday.
The motion states: “Be it resolved that this National Assembly records its deep regret on the death of Mr Abdul Kadir on 28th June, 2018, and pays tribute to his dedicated service to the Parliament of Guyana as a Member of Parliament, where he served in the Eighth Parliament, from 17th April, 2001 to 2nd May, 2006, and to the people of Guyana.
“The people of Linden and Guyana have lost a great man, a stalwart; a bold and courageous man. So I ask this National Assembly that we direct an expression of sympathy (to) be conveyed to his sorrowing widow, children, grandchildren and relatives,” Minister Adams-Yearwood said as she tabled the motion, which was eventually carried in the absence of the PPP/C Opposition.
Kadir, a former PNC MP and Mayor of Linden, died back in June 2018 in a penitentiary in the United States of America, where he had been serving a life sentence for plotting a 2007 terror attack at the John F Kennedy International Airport, New York. 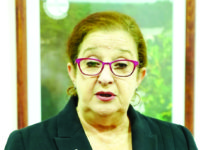 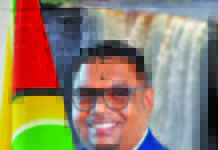 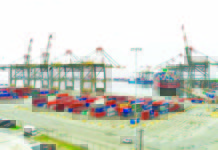 Over 300lbs of cocaine found in Jamaica among rice, logs shipped from Guyana