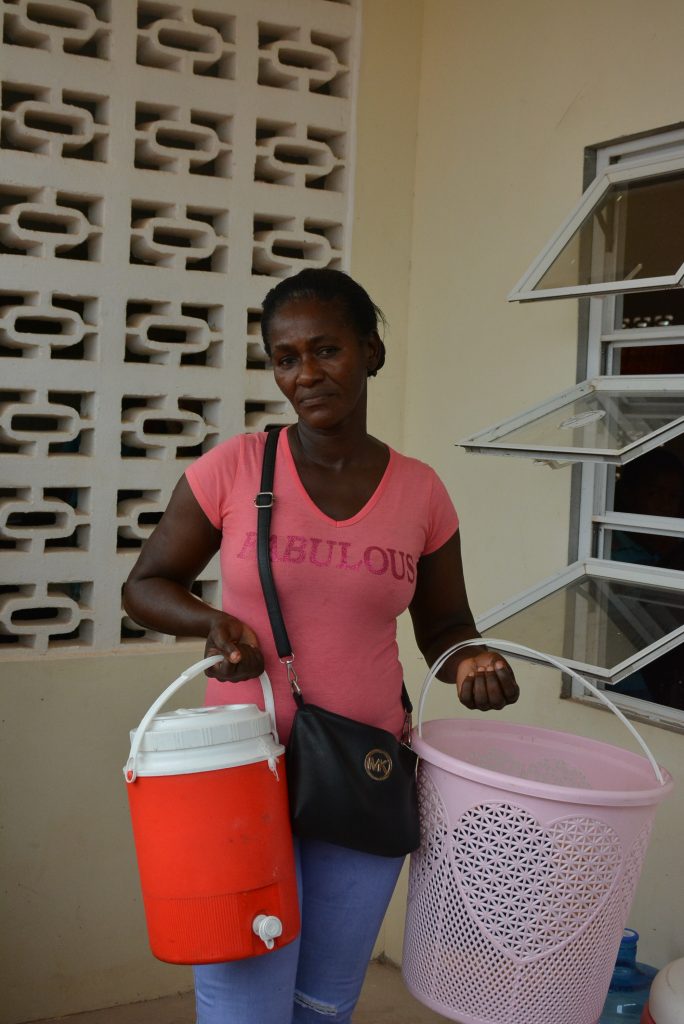 When life thought it had knocked Verna Hercules down, it was in for a surprise when like a phoenix she rose from the proverbial ashes and began soaring – not because she wanted to, but because she had no other choice since she is both mother and father to her four children.
Verna was born and raised in the riverine community of Ibini, Berbice River, but after she got married and had her four children, she moved upriver to the village of Kwakwani so that her children could have access to a better education. When she moved to Kwakwani, her husband stopped supporting her and the children and she had to act fast and she did.
“After we came here to Kwakwani, I had to start making things to sell and so on, because I had to send my children to school and I wanted the best education for them. It was real rough and now seeing what they accomplished makes me so happy,” Verna says.
Let us go back a bit to when and where first encountered Verna. Last October, I had to go to Kwakwani on assignment and upon arriving and settling in, I noticed that almost everyone was armed with a bright red icicle. As I have not had an icicle in so long, I set out to find the source, but before I could, I heard loud laughter from a crowd of both young and old people which obviously sparked my curiosity. Upon investigating, I noticed this petite woman armed with a pink laundry basket and a red cooler and the jokes streamed out of her mouth with ease after which she cashed in.
“You can’t laugh on a dry throat and you need a plantain chip to go with this lovely icicle. I make the best one you will get,” she tells me.
But by now I was the least interested in getting an icicle, rather I was more interested in getting to know this woman with a personality larger than life. After her crowd dispersed to the venue of my assignment, I approached her and we began chatting. 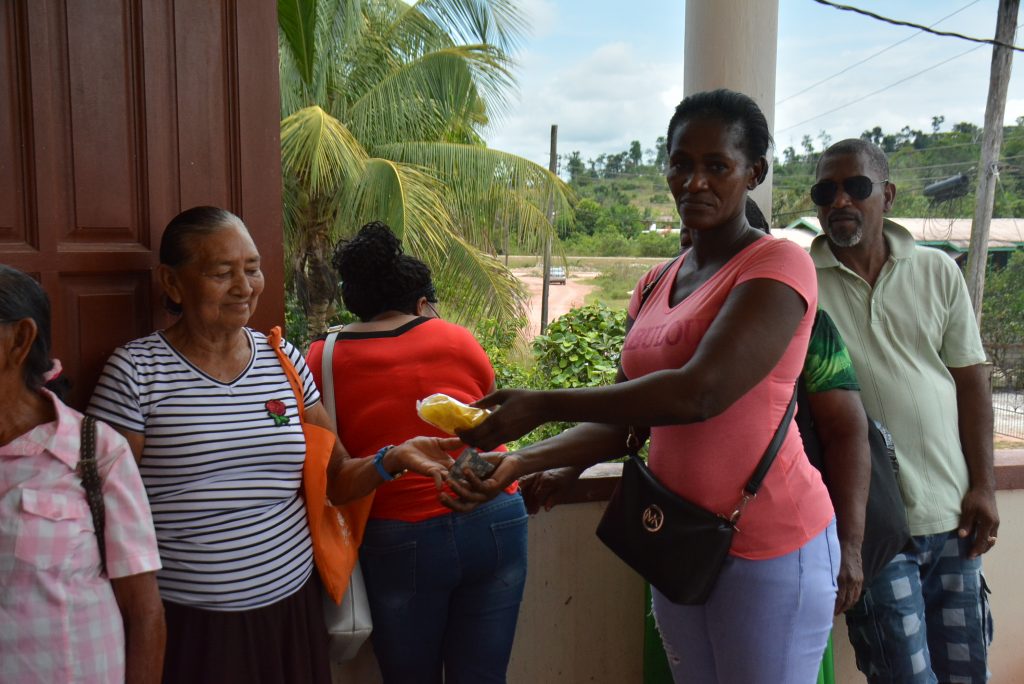 “I like making people happy. I like telling jokes and having people laugh, because just like what you did just now people do that a lot. When they hear the laughing, them come to see and that is when I would offer them the icicle and plantain chip to buy.
Most of the times them does buy and yeah, that is my marketing strategy and it works,” she said and all I could have done was laugh at how effective it is as well as how unique her thinking is.
Just after she finished telling me that, one of the women nearby said, “Yes, Plantain Chip Girl always making people laugh and she thing does taste nice, tuh.”
At 50 years, Verna explains that life has been more cruel than good to her, but because of her belief in God she has been able to persevere and win every battle that came her way. She said that her children were all grown now and the sacrifices that she made while younger were all worthwhile, since her children were all now excelling in life.
“I don’t regret moving to Kwakwani, because I made sure that my children them get the education that they needed and now they are all doing well for themselves. My eldest is a twin and they are 31 years old, then I have one that is 30 and another is 29. One of them is a doctor, one is an environmental officer and one is in the Guyana Defence Force and another one is working with an insurance company,” she beamingly said.
Taking a walk down memory lane, Verna said that sometimes their economic situation was so tough that her children would use the same uniforms and sneakers to attend school for two consecutive years. They were tattered and torn but her children understood that education was the only way to get them out of their tough economic situation so they persevered and excelled.
“It was very rough because I had to be going and making a lot of seasoning to sell, making plantain chips, make mittai and just to raise money, because their father wasn’t supporting them. I am thankful that they are doing great, because as single parent it was very, very tough. They are doing so good now that they are taking care of me,” Verna said.
I asked her why she sells now given that her children are taking care of her, and the response was one I somewhat expected. She informed me that she wanted to be a role model for her grandchildren and show them that if they put in the hard work, then the result would be one they would relish. 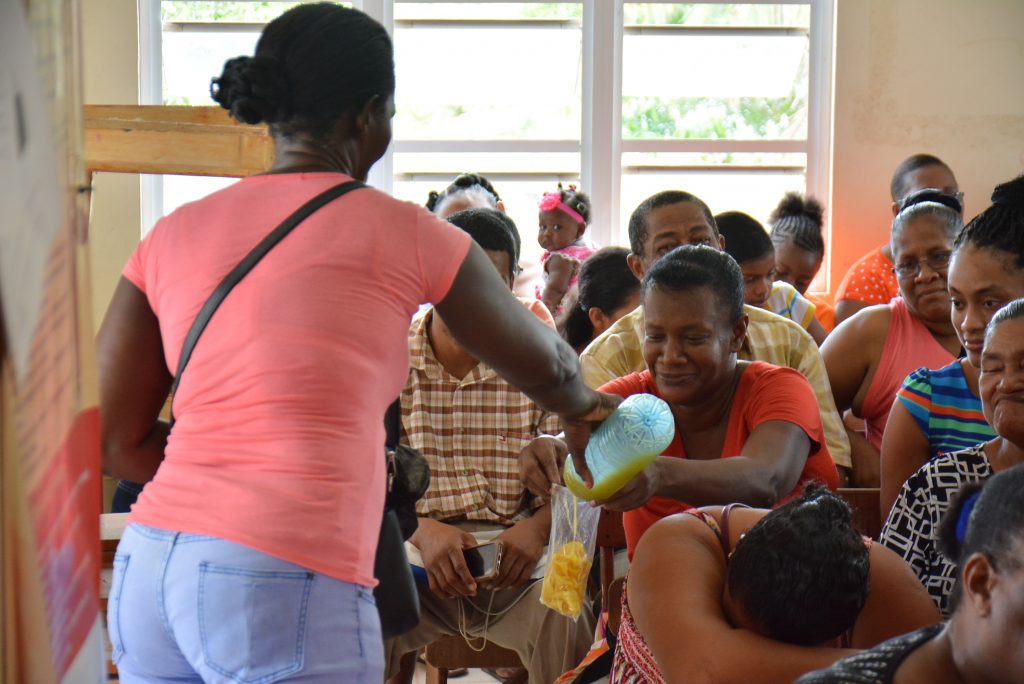 “Everybody knows me and they like the icicle, because it is always fresh and made with fruits and they enjoy it, so I can’t stop now. Business is good and I get an income as well,” she said.
With such a unique marketing strategy I am pretty sure that Verna will have no issues attracting more customers. For now, she is satisfied with what she earns and is happy that her children are all doing well. 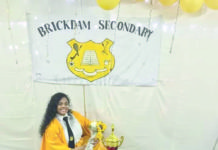 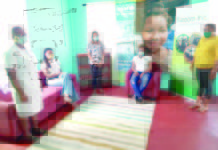 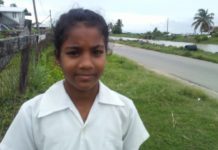