As a side project, I have been re-reading a book called “How Europe Underdeveloped Africa”, to better understand the question, ‘Why is my homeland so rich, yet so underdeveloped?’
You see, if policymakers cannot comprehend such elementary foundations of human development as highlighted in this book, they will forever remain unfit to deliver on the needs of the people.  This is not my column today, I am just the pen, since I will be quoting extensively from the writer of this book, the greatest of Guyanese thinkers, Dr Walter Anthony Rodney, in memory of his birthday – March 23, 1942. He would have been 77 years today if agents of Congress Place did not snuff out his life.
When asked this question, Rodney pointed us to a young Ugandan who said the per capita income of his country “camouflages the fantastic difference between what was earned by his poor peasant father and the richest local family”.
What this Ugandan and Rodney were telling us is that there is nothing to celebrate about economic growth when we have 50,000 Guyanese families today living in poverty.
Rodney believed that to truly get rid of poverty and underdevelopment, a nation must do things like “giving land to the landless and removing the inequities in income”.
This is where the education and social security systems each play a massive role. Students at East La Penitence or Charity Secondary, for example, must never be allowed to fall through the cracks, with no pathway towards becoming trained individuals. It is not for a lack of ability that some of these children end up in the jails; it is because Guyana does not have the social infrastructure to identify them and mentor them into being the best that they can be. Yet we have spent an average of Gy$300 billion on education in the last 10 years. The system has failed our youths, and must be reconfigured.
For Guyana to transcend the development divide, where we can boast of a people with value-added work ethics, who are trained and ready to engage in heavy industry and science-efficient food production systems, we must focus more on those at the bottom of the ladder. Rodney explained to us: “It is typical of underdeveloped economics that they do not concentrate on these sectors (industry and agriculture) that generate growth and raise production to a new level altogether”.
If one were to observe the epicenter of science, industry, and technology in rural Berbice and Demerara (sugar factories), one would observe that they were cut down to their knees, and therefore we cannot expect human development until an alternative is put in place. Right now there is no alternative, but the sugar factories were still closed. Yet these people in Team Granger would ask why 2018 was the worst year ever since independence when it came to export performance? They are delusional people who are living in denial.
Dr Rodney highlighted that in underdeveloped nations, “Savings that are made within the economy are mainly sent abroad, or are frittered away in consumption, rather than being redirected to productive purposes”.  He further stated that “much of the national income which remains within the country goes to paying individuals who are not directly involved in producing wealth, but only (in) rendering auxiliary services – civil servants, merchants, soldiers, entertainers.” Rodney further stated that “What aggravates the situation is that more people are employed in those jobs than are really necessary to give efficient service; and to crown it all, these people don’t reinvest in agriculture or industry. They squander the wealth created by the peasants and workers by purchasing cars, whiskey, and perfume.” BINGO!
Isn’t this exactly what the Granger Team has done? They shuttered four producing sugar estates, which directly pruned the industrial and agricultural capacity of Guyana, and offer no sensible alternatives. That process immediately signalled to the local private sector that it was time for them to rein in their investment projects, and that started a process of capital flight from Guyana to safer overseas environments. It also curtailed remittances from abroad. Now we have a situation where, under Mr. Granger, the public service, including the security services, has expanded by some 9 per cent, but remittances are down, exports are down, foreign reserves are down, investments are flat, consumption is flat, and we expect buoyancy in the economy.
Using Dr Rodney’s words, “Every African (in our case Guyanese) has a responsibility to understand the system and work to overthrow it”. Guyana was blessed to have such a profound thinker as Rodney walk its mudlands. May his soul rest in peace, and may his memory and intellect forever percolate all of our minds for generations to come. RODNEY LIVES! 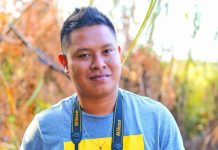 Jonathan Henry: a musician and photographer 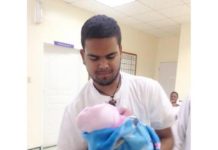 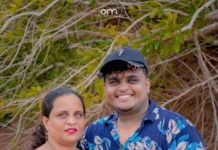 Follow your dreams and create what you love – Photographer Omesh Govindsammy

Govt to meet with CGX on Berbice Deep-Water Port