A Best Village, West Coast Demerara (WCD) is now in Police custody after she was busted with 565 grams of marijuana hidden in frozen chickens at 70 KM Police Checkpoint in the Cuyuni-Mazaruni Region.

Police said that on Saturday at about 09:15h, Ranks stopped and searched motor lorry GZZ 3698 which was driven by a 46-year-old resident of Cornelia Ida, West Coast Demerara and transporting 12 passengers. 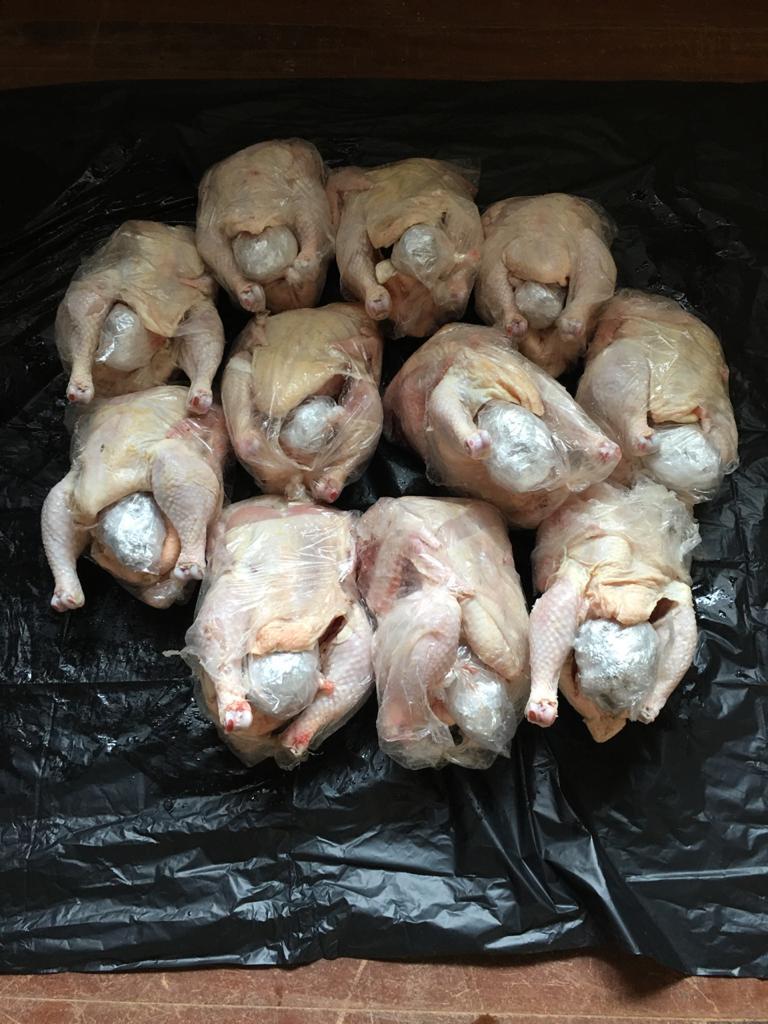 A cooler belonging to one of the passengers – a 40-year-old shop woman – was searched during which the 11 frozen chickens stuffed with bulky parcels were discovered. The suspected cannabis parcels were wrapped on plastic and foil wraps.

The woman was told of the Police’s suspicions, arrested and cautioned during which she responded “Officer I buy this weed from a girl to go and sell”. 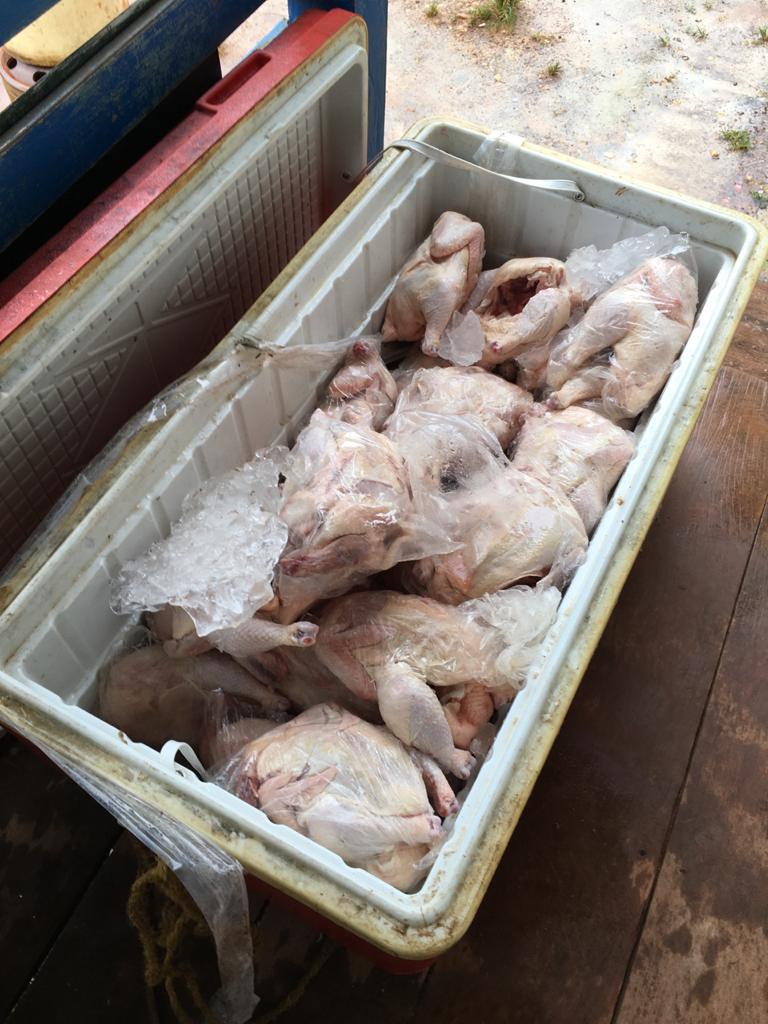 The suspected cannabis along with the suspect were escorted to the Bartica Police Station where the cannabis was weighed in her presence and amounted to 565 grams.

The cannabis was lodged and the suspect is in custody as the probe continues.

$1B in fertiliser, home-owners’ assistance will ease cost of living – GMSA