A 23-year-old female resident of Number 47 Village, Corentyne is now a patient at the New Amsterdam Public Hospital after the vehicle she was driving collided with a wooden fence on Sunday.

The incident occurred at 19:00h on the Number 50 Public Road.

Based on the information provided, the woman was driving motorcar PYY 6166 at a fast rate of speed, proceeding south along the Number 50 Public Road when she lost control of the vehicle while negotiating a right bend.

She then collided with a wooden fence on the western side of the road resulting in the car flipping several times before landing in a nearby trench.

The driver was taken out of the car by public-spirited citizens in a conscious state and taken to the Port Mourant Public Hospital, where she was seen and examined by a doctor on duty and subsequently transferred to New Amsterdam Public Hospital where she admitted as a patient suffering from head and other injuries about her body.

Her condition is regarded as stable. 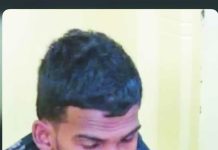 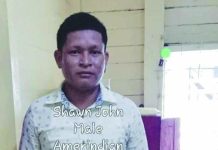