A remorseful woman was on Thursday jailed for four years and fined $9.1 million on a charge of possession of narcotics for the purpose of trafficking.
Sandra Angela Profitt of Lot 9 John Fernandes Drive, West Ruimveldt, Georgetown, appeared before Magistrate Russell Liverpool at the Sparendaam Magistrates’ Courts. She admitted to the Magistrate that on April 29, 2019, at the Eugene F Correia International Airport, Ogle, East Coast Demerara (ECD), while an outgoing passenger of a Liat flight, she had in her possession 3.378 kilograms of cocaine strapped to her thighs.
The case brought by the Customs Anti-Narcotics Unit (CANU) stated that Profitt was seated in the departure lounge when she was intercepted by ranks, who conducted a search of her person and found the cocaine strapped to her legs. The cocaine was in six parcels of which three were strapped to each thigh.
CANU Prosecutor Konyo Sandiford told the court that the woman has been cooperating with the ranks during the investigation.
In court on Thursday, Profitt in plea of mitigation told the court that her son was recently involved in a car accident. The woman claimed the car was damaged beyond repair and the owner of the car demanded her son replaced the vehicle. “As a mother, I couldn’t sit and watch my son go through that, so I decided to do this,” the crying woman told the court.
CANU recently issued a wanted bulletin for Winston Carto, also known as “Chief Mike” of Lot 193 Greenheart Street, South Ruimveldt Gardens, Georgetown. Carto is wanted for supplying Profitt with the cocaine to traffic.
Only on Saturday last, a man was nabbed with in excess of 80 cocaine pellets while inside an ECD hotel. The pellets weighed 900 grams.
According to a source, the pellets were intended to be swallowed by another person, who would then board an international flight that was leaving Guyana later in the day.
Guyana Times understands that after the man was nabbed, he led investigators to the ECD residence of another male. Ranks then swooped down on the house and a search revealed an unlicensed firearm along with ammunition. As a result, two other persons were also taken into custody as Police launched a search for another suspect.
The man, who is yet to be arrested by the Police, is believed to be the mastermind behind the cocaine pellets that were intended to be smuggled. 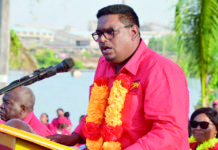 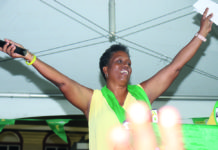 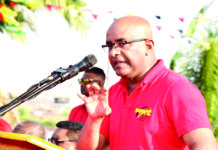