While information remains sketchy, owner of the establishment, Tamesh Jagmohan confirmed that three persons were shot and are presently receiving medical attention.

A white Toyota Carina 212 motorcar drove pass the location at about 10:20h and in the process, the occupants discharged several rounds. It is believed that a businessman and his driver were reportedly making their way out of the establishment when they came under attack. Their present condition is unclear at this time.

However, after the shooting, the Police were summoned and are presently reviewing the CCTV footage with the hope of identifying the car and possible the occupants.

More details in the Tuesday, October 15, 2019 edition of the Guyana Times. 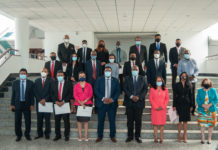 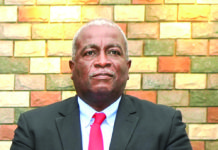 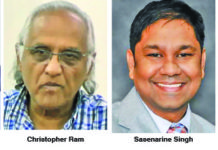