Leader of the Peoples National Congress Reform (PNC/R) has officially been appointed as the country’s newest Opposition Leader, replacing Joseph Harmon who only served in that capacity for less than two years.

“I feel good to be chosen, not only to represent our people but to be Leader of the Opposition at this stage,” Norton told reporters today following his appointment.

“There are a number of priorities, the first priority has to be to ensure we hold the government accountable, to ensure we scrutinise what the government is doing, and to ensure we go out into the villages and communities and understand the concerns of the people and to represent them,” Norton said when asked about his top priorities in the new position.

Asked if he will push for an engagement with President Dr Irfaan Ali and his government, Norton expressed, “in keeping with the constitution, I will honour all the responsibilities of the Leader of the Opposition.”

Prime Minister Mark Phillips has already made it clear that the government is ready to work with the new Opposition Leader, expressing during his contribution to the 2022 budget debates that, “we are ready to work with whoever is appointed or elected Leader of the Opposition in the interest of Guyana…what we ask in return is for the new Leader of the Opposition to accept the legitimacy of our government. This is a government that was elected by the people of Guyana.

Vice President Dr Bharrat Jagdeo had also revealed that the Head of State is hoping to meet soon with the new Opposition Leader on the reinstation of a number of constitutional service commissions.

Harmon, who had initially stepped down as Opposition Leader on January 26 this year following mounting pressure from the new PNC Executive, had initially planned to remain an MP, but last month announced his resignation from the House. 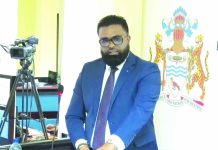 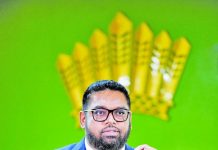 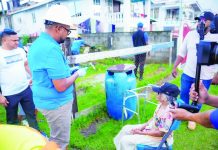 Pres Ali leads “Men on a Mission” to rebuild home for...