A suspected bandit has been shot by police after he attempted to rob a jewellery store located at South Road, Georgetown.

The alleged suspect was shot to his leg. Reports are that two other perpetrators are currently locked inside the building and police are on scene attempting to apprehend them.

Guyana Times was told that the law enforcement officers arrived on the scene after a resident made a report that a stray bullet struck his water tank.

When the ranks arrived, they realised that the bandits were in the process of robbing the store.

This is a developing story… 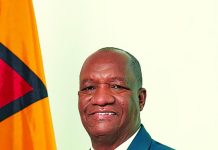 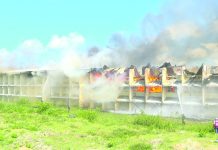 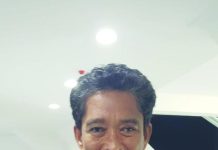 $21.1B set aside for new 4-lane Demerara River Bridge