He made his First-Class debut in 1998/99, but the 37-year-old Devon Smith continues to make his bat talk in the 2018/19 Cricket West Indies (CWI) Regional Four-Day Tournament.
In this edition of the ongoing tournament, which is known as the WICB Professional Cricket League, Smith has 621 runs, sitting at the top of the runs chart.
At 36 years old, Jamaica Scorpions’ Nikita Miller has featured in this season and in the few matches he played he has been among the wickets. The likes of Jason Mohammed, Kirk Edwards, Jerome Taylor, Imran Khan, Chadwick Walton and Lendl Simmons are among the players who impacted the game this season.
Veteran left-arm spinner Miller played three matches this season capturing 24 wickets, picking up three five-wicket hauls and two 10-wicket match hauls. He has

been simply amazing with ball in hand with a bowling average of 16.33. Miller, who will be turning 37 in May, played 50 One-Day Internationals (ODIs) for West Indies, nine T20 Internationals and one Test match.
The 31-year-old duo of Montcin Hodge and Jonathan Carter have been dominating for their respective teams with the bat. Hodge has 534 runs averaging 48.54 this season with two hundreds and three half-centuries. Meanwhile, Barbados Pride Captain Jonathan Carter has shown immense consistency this season.
Carter, who was the leading run scorer in the 2018-2019 Regional Super 50 Tournament, is currently the third leading Four-Day batsman this season with 487 runs with four half-centuries and one magnificent hundred.
The elegant stroke-maker hit an unbeaten 149, which was his career best; it came against the Trinidad and Tobago Red Force and ensured a monumental Pride victory. At 31, Carter will fancy his chances of playing international cricket for the West Indies. The Bajan native will want to add to his 28 ODIs.
At age 34, Windward Islands Volcanoes Captain, Kirk Edwards has been among

the runs this season. The Barbadian native has 418 runs thus far with one century and two half-centuries. Edwards played 17 Test matches for West Indies and 16 ODIs for the Caribbean side.
Jamaica Scorpions’ leading run scorer, Chadwick Walton has 443 runs beneath his belt. The 33-year-old Walton averages 36.91 with one century and two half-centuries in the ongoing Regional Four-Day tournament. Walton, who is seen as a T20 specialist, played two Test matches, nine ODIs and 19 T20Is for the West Indies.
Another batsman who has received the axe from the Windies team, Jason Mohammed has returned to form with a half-century and a composed 121 against Barbados Pride. The 32-year-old Mohammed has featured in 28 ODIs and nine T20Is for the West Indies, and he may be eyeing a Test call-up in the future. Cricket is a game filled with possibilities, with England’s Joe Denly making his Test debut at age 32. Mohammed will be eyeing consistency having scored a double century in First-Class cricket.
The 34-year-old Trinidadian, Lendl Simmons, who retired from the longer format, returned to Four-Day cricket and in one match scored 203 runs with one century and one half-century. Simmons will be eyeing a senior team return with the International Cricket Council (ICC) Cricket World Cup in sight, he will want to continue impressing at the regional level.
The 34-year-old duo of Imran Khan and Jerome Taylor have been among the wickets for their respective teams. The Red Force leg-spinner Khan has 26 wickets while former Test quick Taylor has 16 wickets in three matches. Taylor has continued to generate extreme pace at age 34, having bagged 9-59 in one match this season.
Each of the players mentioned are above 31 and has a wealth of experience in their possession. However, they have played for West Indies at some stage in their career and most of these players are eyeing a return to the senior team. 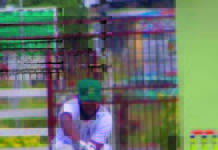 Singh in sight of century as Jaguars lead by 71 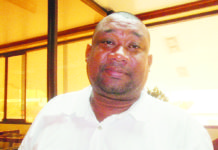 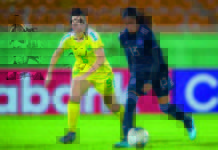 Curb the haemorrhage on our roadways

APNU/AFC policy direction diminishes hope for the future of our women...