As Guyana joins the world in observing International Women’s Day, President David Granger is calling for Guyanese to change their attitudes as it relates to gender equality.
He was at the time addressing a packed gathering of mostly females, at the Police Training Centre on Wednesday morning, where the Social Protection Ministry hosted a symposium in commemoration of International Women’s Day.

According to the Head of State, over the years, Guyana has made strides in terms of women empowerment. However, in the same breath, he noted that efforts can be taken to move the process much further, much faster in order to dismantle the structural impediments to gender equality so that Guyana can fulfil its commitment under the United Nations Sustainable Development Goals (SDGs) #5, which states “gender equality and empower all women and girls.”
“We have to change our attitude to gender equality… We can move much further by removing the barriers to gender equality by ensuring that geographic, occupational, political and racial differences are diminished. We can do so by empowering women by ensuring that our communities, committees, commissions and our councils at all levels are more representative. We can do so by providing more opportunities for women’s employment by developing small and micro industries in villages and communities and by encouraging corporations to promote qualified women to executive positions,” the President stated.
Granger assured that Guyana will honour its commitment to empower women and educate and protect girls, particularly in four key areas: empowerment, education, employment and gender equality.
“Gender parity cannot be achieved in the absence of a more equal society. Enforcement of legislation to protect women, to prevent abuse and to promote greater equality must be more robust. The disparities between hinterland and coastland and between rural and urban communities, for example, must be reduced,” he asserted.
Moreover, the Guyanese leader believes gender equality and women empowerment is the answer to poverty, the burden of which he said falls heavily on women. “The vicious cycle of poverty has to be broken in order to create a virtuous cycle of gender equality. Jobs are necessary to enable poor women to enjoy sustainable incomes and to have a chance at exiting poverty,” the President explained.
The Head of State is of the firm belief that all women, whether they work in or out of the home, must be empowered to take on leadership roles and become involved in political decision-making.
Following the opening ceremony of the symposium, a panel discussion was held featuring First Lady Sandra Granger, Fashion Designer Sonia Noel, Director of Public Prosecutions Shalimar Ali-Hack and Programme Manager of the Guyana Responsible Parenthood Association, Chelauna Providence.
During that engagement, First Lady Sandra Granger urged women not to accept parameters that seek to dictate and control their lives. “Throughout history, women have proven that they can adapt and develop skills to suit their needs and their environment. Our history shows that our female ancestors – enslaved and indentured – confronted the challenge of living in a hostile environment and overcame adversity to help build the society we know today. We have proven that we are not squeamish when it comes to making tough decisions and jumping into action,” she said.
The First Lady also encourage women to demand equal pay for equal work and pointed that through equality, women, who comprise 50.2 per cent of the population, can move towards greater gender parity.
International Women’s Day is observed on March 8 annually, commemorating the movement for women’s rights. This year it is being observed under the United Nations theme: “Women in the Changing World of Work: Planet 50-50 by 2030”.
Additionally, the theme for this year’s IWD campaign is “Be Bold For Change” 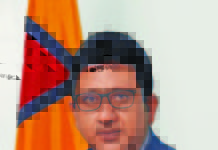 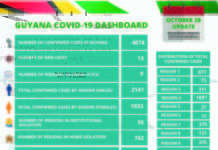