Arguments in the election petitions case continued today, with lawyers for petitioners Monica Thomas and Brennan Nurse urging Chief Justice (ag) Roxane George to overlook the deficiencies in the service of the second respondent and thus, spare their petition from being tossed out.

Taking the lead in this regard was Trinidadian Senior Counsel John Jeremie, who urged the High Court to disregard the date on the acknowledgement of service and focus on the date on the affidavit.

Based on the acknowledgement of service, former President David Granger, who is the second named respondent, was served on September 25 which is 10 days after the petition was filed on September 15.

“I propose to look at evidence before you. Not to inference. Not to suggestion. Not to evidence given from the bar table. But to the evidence which is before this court. The fourth respondent (Vice President Bharrat Jagdeo, represented by Senior Counsel Douglas Mendes) alleges that acknowledgement of service reflects one thing, but that the body of the affidavit reflects another,” Jeremie said.

The lawyer admitted that there are issues with the date of service, something he referred to as “imperfection”.

However, he chalked this up to a mistake and urged the court to look past the contradictory dates.

“I accept on the face of it, that there is in respect of the acknowledgement of service, some confusion as to who actually handed over the documents. The proponents have clearly stated that they went as a team (to do service).”

While Jeremie accepted that there was an error in writing the date, he could not say when asked by George, who made the error. The Chief Justice also pointed out that if there is an incorrect date, it would usually be the day before and not after. Jeremie admitted that this “may seem a bit strange”, but maintained this should not be a basis for throwing out the petition.

Meanwhile, Attorney General Anil Nandlall lambasted the lawyers for the petitioners for proving unable to explain the mix up regarding the date of service and went on to reiterate that the Chief Justice should dismiss the petition.

“I say with the greatest respect to Mr. Jeremie, he has not put forward satisfactory explanations or any explanation at all, that is meritorious as to the contention that we have raised. The subsequent affidavits they have filed, in trying to explain away the inconsistencies, were done after we identified them.”

“Secondly, that affidavit itself has contradictions. We are not alleging fraud and perjury. We are simply making comments, as we are entitled to do, based upon the evidence they have presented. They have the responsibility of proving they have effected service within the prescribed time!” Nandlall said.

Following Nandlall’s oral argument, the Chief Justice adjourned the case until January 18th, when she will rule and decide the fate of the second petition, which seeks to vitiate the March 2 General and Regional Elections. 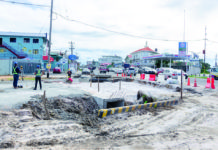 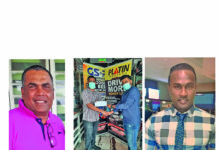 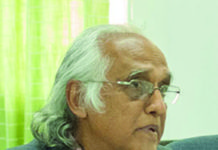