Topping the list of recommendations was for disciplinary measures to be taken against senior staffers of the Town Council, along with Town Clerk Royston King as the one who had chiefly committed the gross misconduct.
Justice Kennard explained that criminal charges can be instituted, since King leased lands which are owned by the National Industrial and Commercial Investments Limited (NICIL).
“The Town Clerk has no authority to issue lease…The land in dispute is clearly that of NICIL, and not that of City Hall. I came to that conclusion on the basis of two transports,” he said.
NICIL would have provided statements to the Commission via its in-house Attorney, Arianne McLean, which would have detailed that the property was acquired by NICIL in 2002.
The Guyana National Engineering Corporation (GNEC) would have vested all of its assets in NICIL and NICIL became the lawful owner of the property. However, King leased the land to a shipping company, which made “questionable” payments.
Disciplinary actions have also been recommended for Acting Town Clerk Sharon Harry-Munroe; Internal Auditor Omadeily Newton; City Constable Andrew Foo, and Human Resources Manager Paula Braithwaite for complete incompetence and dereliction of duty.
“Evidence reveals that Sharon Harry-Munroe is incompetent [and has committed] dereliction of duty. Then we come to Omadeily Newton, she is completely incompetent…Andrew Foo (is guilty of) dereliction of duty. We then move to Paula Braithwaite…it clearly reveals that she is incompetent.
“Newton was appointed as the internal auditor even though she is under-qualified, possessing only a Public Management Degree and therefore lacking accounting qualifications and experience.
“On the other hand, Foo was guilty of failing to issue a report in the height of an investigation. The Commission found that no formal report was made until October 17; one day after the Chief Constable had presented himself for questioning after being subpoenaed. This is more than two months after the incident would have occurred. In his defence, Foo stated that a ‘verbal report’ was given.
The City Engineer’s Department was under scrutiny for time lapses for plans to be approved, a process that should have taken weeks if all documents were submitted.
Meanwhile, it was recommended that City Treasurer Ron Mc Almont, who has been on leave since commencement of this year, proceed on retirement.
“The City Treasurer is clearly unwell; and accordingly, he should be made to proceed on retirement, because the evidence reveals that he has been absent from duty since February of this year,” it was stated.
The report also called for the Audit Office of Guyana to conduct a forensic audit into the council’s management even as officers are being disciplined.
“I am recommending that there be further investigations in the form of a forensic audit to be conducted by the Audit Office of Guyana.”

No confidence motion
The CoI also recommended that the Mayor send the no-confidence motion against King to the Local Government Commission for deliberation.
The motion was filed by Councillor Sherod Duncan, and it was revealed that the Mayor had allowed King to seek advice from his lawyer Maxwell Edwards, and this was presented to the Council. After that, King had requested that the motion be placed for discussion, but it was brought before the Council.
Justice Kennard requested that the Commission take precedence over the matter, since the Council does not have the remit to relieve King of his duties. “The then Deputy Mayor had raised certain serious allegations against the Town Clerk. The Council itself does not have the authority to displace an employee. Now that you have the Local Government Commission, they will have to deal with all matters of discipline.”

Unfixed Employees
Along with the reimbursement of monies to Bourda vendors whose stalls were destroyed, the Commission called for unfixed employees to be placed on the fixed schedule after serving seven years.
Among other things, unfixed employees should be placed on the fixed program after completing seven years, and all retirees must be paid their benefits and gratuity.
It was indicated that the councillors should not be paid gratuity, since they only sit at statutory meetings.

Tax Defaulters
With outstanding rates in the millions due to defaulting taxpayers, it was recommended that there be moderate increases in the taxes to assist the councillors, as well as strict efforts to retrieve outstanding debts. Conversely, for contractors and retirees who are owed, the Government was suggested as the way forward in clearing these debts.
Until the report is studied by commissioners and suitable actions are taken, Chairman of the LGC, Mortimer Mingo, ascertained that the Town Clerk would remain on administrative leave.
“The Town Clerk was sent on administrative leave by the Local Government Commission, and until we finish our deliberations and make a determination as to what happens to the Town Clerk…, “said Mingo.
Commencing on September 22, the CoI hosted 15 sittings in which 50 persons testified. The hearings were completed on November 2 and the report was crafted after “Herculean” efforts from the Commission. 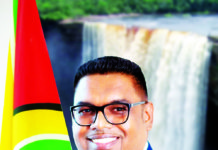 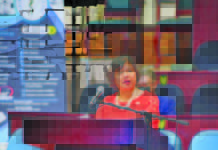 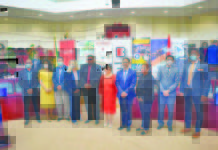