Commonwealth Secretary-General, Patricia Scotland, expressed concern over the conduct of Clairmont Mingo, the Returning Officer for Region Four (Demerara-Mahaica) in relation to his conduct in the tabulation of the Statements of Poll (SOPs) for the district.

Statement from the Secretary-General of the Commonwealth on Guyana:

On 11 March 2020, the Acting Chief Justice of Guyana was unambiguous that public and transparent tabulation of the Statement of Polls is required to ensure the credibility of the process and address continued contentions regarding the tabulation and declaration of election results.

I am deeply concerned that the Returning Officer for Region 4 has so far refused to comply with the ruling of the Court.

Further, it is regrettable that contempt of court proceedings against the Guyana Elections Commission had to take place today 13 March. This morning’s 13 March ruling from the Chief Justice leaves no doubt that the Returning Officer for Region 4 is now required to ensure that all those present can transparently view the actual Statement of Polls during the tabulation process. The tabulation of results in Region 4 must be fully conducted in accordance with the ruling of the Acting Chief Justice.

The Commonwealth Charter, to which Guyana ascribes, recognises the inalienable right of individuals to participate in democratic processes, in particular through free and fair elections in shaping the society in which they live.

There is still time for the Guyana Elections Commission, including the Chairperson, the Commissioners, the Chief Elections Officer, and Returning Officer for Region 4 to ensure democracy is preserved in Guyana. The people of Guyana are fully deserving of this.

I have noted the concerns contained in previous statements issued by the Commonwealth Observer Group in Guyana, and those issued by other observers and member governments on the ongoing vote tabulation process in Guyana. If the tabulation of Region 4 results is not immediately and satisfactorily addressed in accordance with the ruling of the Acting Chief Justice, this would represent a serious violation of the fundamental political values of the Commonwealth. 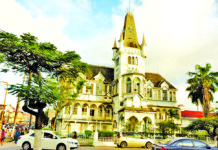 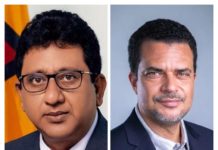 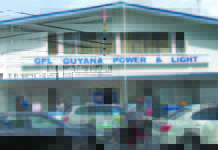 The rolling in of investments

Resuscitating sugar industry is most commendable