A total of seven squatters were this afternoon injured after they were struck by a falling tree at Success, East Coast Demerara (ECD).

The incident occurred at around 14:10hrs at one of the fields that were flooded as the Guyana Sugar Corporation (GuySuCo) prepares the land for cultivation.

According to the Guyana Police Force (GPF), the tree is located on a dam which runs east to west.

The police said the tree fell this afternoon, injuring a group of squatters who were sitting nearby. But the GPF said no works were ongoing by GuySuCo in that area at the time of the incident.

A total of seven women were injured, one being very serious.

The seriously injured woman was transported to the Georgetown Public Hospital Corporation by the police. The remaining six made their way to the hospital with public transportation. 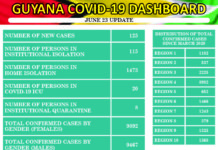 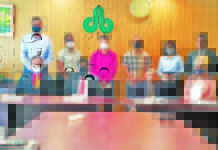 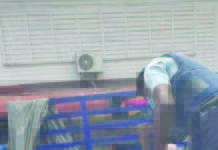