Home News Future LGEs will be held on time – Bulkan

Communities Minister Ronald Bulkan has made a vow that never again would Guyanese have to wait a lengthy time before Local Government Election is held.

It was moments after the new Mayor and City Council were sworn-in at the Georgetown Municipality last Friday that Bulkan made the statement.

He was very pleased with the accomplishment of the day, nothing that the new team has much work to do.

“To this we should say, never again we should have such a long period of time elapsing between elections. Like I say in every confidence, as long as the APNU+AFC coalition is in office, these elections will be held when they are due; and that is every three years… It is a pledge and commitment that is being given by President Granger”.

According to him, the swearing-in of the two new leaders along with the fresh 30-member council represents a rehabilitation of a “damaged system”, which existed for over two decades.

On March 18 last, the historic Local Government Elections were held.

While the turnout was not as expected, Government said it was pleased that persons chose to exercise their franchise in this regard.

The run-up to the election saw a number of individuals and groups, along with the major political parties carrying out some rigorous campaigns, for what each said was a move to restore local communities for those who dwell there.

Some persons expressed the view that many Guyanese who were eligible to vote were completely unaware of the importance of the elections and consequently did not to cast their ballot.

The low voter turnout was compounded by reports indicating that substantial amounts of voters were denied the opportunity to vote.

Meanwhile, the results updated on the Election Commission’s website showed the PPP reining in a total 123,564 votes, some 24,894 more than the coalition Government which gained 98,670. The results were made available Tuesday evening, some four days after the election.

Communities such as Rose Hall and Corriverton in Corentyne, Berbice and Anna Regina in Essequibo went to the Opposition. 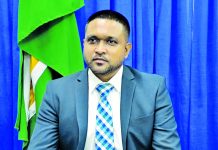 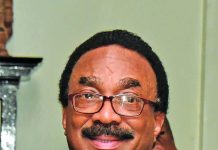 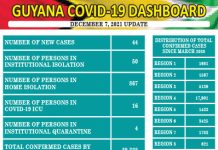