The Caribbean Premier League (CPL) franchise had set April 30 as the day for the official announcement of which Caribbean country would host the final of the Hero Caribbean Premier League 2016; however, after waiting with bathed breath, nothing was forthcoming from CPL officials.
The delay in the announcement may point to two reasons – firstly, the Government of Guyana asking CPL for more time to consider the proposal and the simultaneous counter-offer put forward by the Government of Trinidad & Tobago (T&T).
Just recently, Dr Rupert Roopnaraine who holds ministerial responsibility for sport in Guyana, while speaking with Guyana Times Sport, confirmed that Guyana will be hosting CPL semi-finals and the final this year. However, no confirmation came from CPL.
Last year, the Trinidad and Tobago Government paid US$3.5 million to host the event for the second time in the tournament’s three-year history (the other venue being St Kitts and Nevis in 2014).
For 2016, it is understood that CPL is asking in the range of US$4.5 million to award the finals weekend to any Caribbean country.

It was reported that the Government of Guyana had made a proposal of US$2.5 million.
The Government of Trinidad and Tobago obviously understands the benefits of hosting the finals weekend, which may be the main reason for the counter-offer.
While it must be noted that countries that have franchise based there are constantly receiving heavy competition from other Caribbean nations to host matches.
This year, CPL confirmed that six matches will be played out of the Caribbean at the Broward County ground in Florida, USA, at the end of July.
Since the inaugural tournament in 2013, Guyana had hosted a leg of preliminary matches and information reaching Guyana Times Sport suggests that even preliminary matches will be lost this year. Should this bear fruit, it will equate to a total blackout of CPL matches in Guyana and ultimate disappointment for thousands of cricket loving fans.
Guyana Times Sport tried feverishly to reach Dr Rupert Roopnaraine and the honourable Tourism Minister Cathy Hughes, to seek some amount of clarity but was unsuccessful.
This turn of events will have everyone waiting including players, officials and especially the game’s biggest stakeholders, the fans. 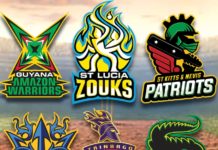 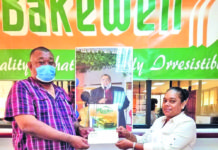 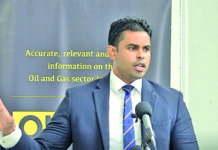