…given until 11 am today to submit report

Chair of the Guyana Elections Commission (GECOM), Retired Justice Claudette Singh was pellucid when she dispatched a letter on Thursday to Chief Elections Officer Keith Lowenfield, directing him to prepare his final elections report. However, Lowenfield has claimed that he needs clarification on how he should go about preparing the report.

Justice Singh wrote to Lowenfield on Thursday instructing him to present his report “In accordance with this Section, and pursuant to Article 177 (2) (b) of the Constitution and Section 96 of the Representation of the People Act Cap 1:03, you are hereby requested to prepare and submit your report on the March 2, 2020, General and Regional Elections by 2 pm on 10th July 2020, using the valid votes counted in the National Recount as per Certificates of Recount generated therefrom.”

On Friday, the Chair was once again forced to write to Lowenfield demanding that he act in conformity with her directives and present his report no later than 11:00h today.

In her letter, Justice Singh states: “In response to your request for guidance on which the results of the

March 02, 2020 Elections can be declared, you are accordingly advised that my letter dated July 09, 2020 stands. You are therefore required to submit your report by 11:00hrs on 11th July 2020.”
However, before Justice Singh could present the letter to Lowenfield, he claimed to have received a death threat and immediately left the Elections Commission’s, Kingston Headquarters.
The decision to write and provide clarity to Lowenfield came about after the Commissioners met on Friday and discussed the contents of his letter instead of the report they were hoping to discuss.
Had Lowenfield prepared and presented his final elections report, it would have paved the 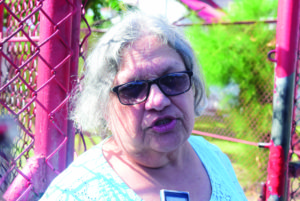 way for a final declaration and subsequent swearing-in of a President. In this case, it would have seen the People’s Progressive Party/Civic’s Dr Irfaan Ali ascending to the seat of power based on the recount results.

Hold Guyana ransom
“We cannot have one person holding up this country, right now that is what is happening,” was the reaction of Opposition-nominated Commissioner, Bibi Shadick, as she exited Friday’s GECOM meeting.

After emerging from the planned Commission meeting on Friday, Shadick bemoaned the fact that the CEO has failed to carry out his duties to allow for the electoral process to come to an end, almost five months after the electorate voted.
Meanwhile, when asked about the options available to the Commission 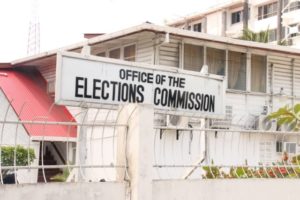 should the CEO insist in refusing to comply with the directives of the Chairperson, Commissioner Shadick said: ”I don’t know, when that time comes we will deal with it”.
Shadick added that all of the Commissioners are well aware of what the GECOM Chair has directed the CEO to do.

Legally bound
Commissioner Sase Gunraj also expressed similar views with that of Shadick, saying that the CEO is legally bound to carry out the directives the Commission and not act as he pleases. He noted that the Constitution expressly states that the CEO is a creature of the Commission and that the letter that he wrote seeking clarity is one that is “extraneous to his task.”
Article 161 (a) (1) of the Constitution states: “The Elections Commission shall be responsible for the efficient functioning of the Secretariat of the Commission, which shall comprise the officers and employees of the Commission, and for the appointment of all the staff to the officers thereof inclusive of all temporary staff, recruited for the purposes of boundary demarcation, registration of persons and elections and shall have the power to remove and to exercise disciplinary control over such staff.”
Based on the constitutional provision, Gunraj noted that the Chair was clear in her letter as to what she is instructing Lowenfield to do and added that if he fails to do so then he will face the consequences.
“The law dictates that the CEO is a creature of the Commission and if he fails to carry out the lawful instructions, obviously that has to be met with consequences and there is a raft of consequences which can flow from that…it is unfortunate that he chose to act in this regard…he has sought clarity and he has received clarity and I expect him to act properly now,” Gunraj told reporters outside of GECOM’s High Street, Kingston Headquarters.
He noted that the nation has expectations and the declaration is long overdue. The attorney-at-law also indicated that the Recount Order – Order 60 of 2020 provides the legal basis for the CEO to make a declaration using the figures from the recount.

Unrealistic proposal
Meanwhile, Government-appointed Commissioner, Vincent Alexander called for a non-declaration of the results. However, he admitted that those non-declarations were made through legal proceedings and not by the bodies with the responsibility for administering elections.
In what can be considered an unrealistic proposal, Alexander said that the initial declarations, inclusive of the controversial District Four declarations, remain in place since no decision had been taken to disregard them.
All eyes are now on Lowenfield to see whether he will come up with another delay tactic or present the numbers from the recount. 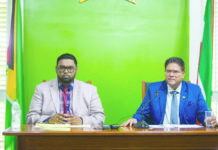 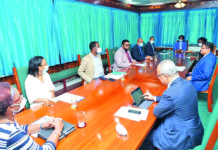 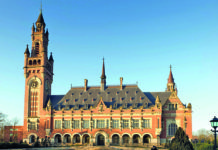