A crowd or Peoples Progressive Party Civic (PPP/C) supporters are currently gathered outside of the Guyana Elections Commission’s (GECOM) Headquarters, demanding respect for the Constitution and the Caribbean Court of Ju stice (CCJ) rulings.

Organised by the Opposition People’s Progressive Party Civic (PPP/C), the protest was triggered by reports that the Elections Body will be going ahead with house-to-house registration despite the constitutional provisions for early elections.

Waving placards and chanting various slogans, hundreds of Guyanese are voicing their concerns about the apparent threat to the country’s democracy.

A woman who lives in the vicinity of GECOM’s Headquarters reportedly doused several protesters with water. This act of provocation caused the protesters to report the incident to the Police who have since arrested the woman.

PPP/C Presidential Candidate Irfaan Ali contended that GECOM has a constitutional responsibility to ensure elections are held within the constitutional time-frame.

In fact, elections ought to have already been held since March 21, 2019 – three months following the passage of a no-confidence motion against the government last year. 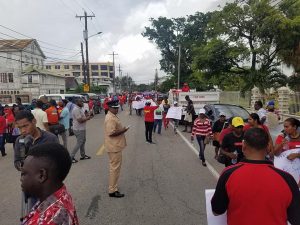 Since the CCJ’s ruling validating the passage of the motion on June 18, 2019 – the Opposition has been calling for elections before September 18. Though it has been more than a month since the CCJ ruling, there has been no indication from GECOM or President David Granger regarding when fresh elections will be held.

Amid reports that GECOM is going ahead with house-to-house registration, instead of elections preparation, Ali is questioning the motive.

More details in the Saturday, July 20, 2019 edition of the Guyana Times. 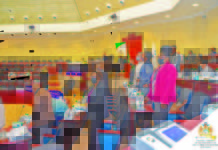 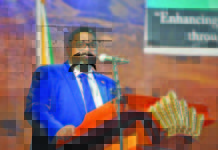 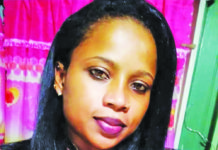