A Guyana Police Force Patrol Unit came under fire after it attempted members of a suspected gang on the East Coast of Demerara.

In a statement, the GPF said that it was following leads provided after a series of robberies in the Division when it observed a gang of four men on two motorcycles riding along the Plaisance Railway Embankment.

At about 06:15h, this morning, the rank closed in on the men in an attempt to intercept them after it was suspected, from their actions, that they were about to rob a female who was standing on the roadway. However, the suspects drove away and the police gave chase.

The suspects separated with the motorcycles going in different directions and the police continued behind one of them along the Ogle Airport Road.

During the chase, the pillion rider discharged rounds at the police who returned fire. The two suspects then abandoned the motorcycle and fled on foot resulting in one of them being arrested, while the other escaped.

No one was injured during the exchange of gunfire.

The arrested suspect and the motorcycle have been taken into police custody as the investigations continue. 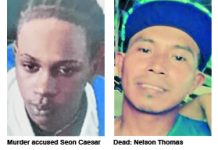 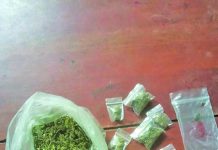 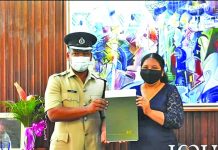