Reaz Mohamed called ‘Boye’ of Lot 1 Section A D’Edward Village West Bank Berbice (WBB) is now dead after his throat was slit by a cousin during a birthday celebration on Sunday.

Police said that the incident occurred just about 18:30h.

Initial investigations have revealed that the family was celebrating a birthday on Saturday and resumed it on Sunday. The dead man reportedly became disorderly when the music was taken off and started breaking the drinking glasses.

His father, Farook Mohamed, attempted to calm him down but the dead man instead directed his anger at his father. His uncle then intervened and they attempted to restrain the younger Mohamed.

At that point, he continued his unruly behaviour resulting in his cousin whipping out a knife and slitting his throat. The Police were summoned and they took the deceased to the Fort Wellington Public Hospital, where he was pronounced dead on arrival by a doctor on duty.  The body is presently at the said hospital Mortuary awaiting a post mortem examination.

The suspect is currently on the run and Police are on the hunt for him. 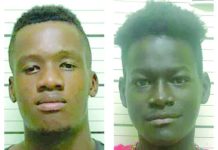 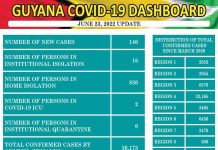 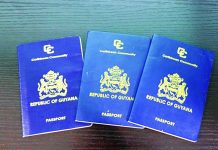