The Central Housing and Planning Authority (CH&PA) has reverted to the 21 years age threshold for house lot applicants.

This was relayed by Housing and Water Minister, Collin Croal, during an interview with the Department of Public Information (DPI).
“The last Government did reduce the policy to 18 years, but in all practicality, if you are approaching the bank for a loan, there are certain requirements that they seek,” Minister Croal said.
Among these requirements is an employment history, for as long as three years. The Minister explained that many 18-year-old applicants could not produce this and other necessary prerequisites to the bank and other institutions. As a result, the CH&PA system is left with void lots.
“We’re trying to reduce that in the system, whereby you see a number of empty lots and what we want is that when you have an allocation, you are eligible for a loan and that you can build immediately,” said Minister Croal.
The CH&PA system has inherited 1700 applications from persons between the 18-21 age bracket. However, from the time of their application to now, several of the applicants have reached the new age margin.
“For many of those that have attained that age of 21, they will not be affected,” the Minister said.
Citizens are advised that they must be at least 21 years old to be eligible to apply 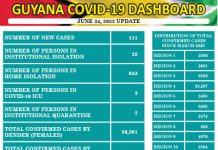 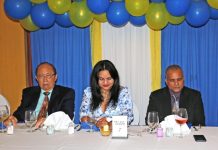 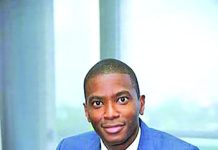