…all Govt ministers should be jailed – Jagdeo

President David Granger may be exempted from facing disciplinary action if he violates any of the provisions under the Integrity Commission Act, which was intended to uphold transparency and accountability in public officials.
Government has said that its proposed amendments to the Integrity Commission Act will further strengthen transparency and accountability in public office-holders, but the Opposition People’s Progressive Party (PPP) believes it is all just a veneer. 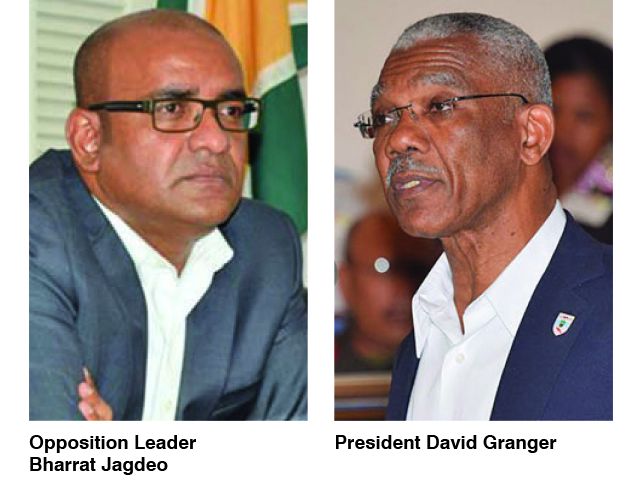 Opposition Leader Bharrat Jagdeo has warned that the amendments will lead to a further deterioration of transparent and accountable governance, as the Act will now bestow disciplinary powers in the hands of the Head of State and the State Minister, Joseph Harmon.
The new article stipulates: “The authority for ensuring the observance of the provisions of this Code shall rest with the President in the case of the Vice-Presidents or Minister, and the Minister of State in the case of other persons in public life.”
It further states: “A person in public life may be removed from office when he or she contravenes any of the provisions in this Code.”
Since the President and the State Minister are the authorities for ensuring public officials abide by this Act, they ultimately have the power to remove persons from public life should they believe those individuals are in breach of the Act.
Therefore, Jagdeo questions: If the President has the ultimate power to remove ministers from public life, who disciplines him if he breaches the Act?
Jagdeo also observed that the Act gives Minister of State Joseph Harmon the power to remove parliamentarians from office − a move which he emphasises is illegal.
According to the former President, the proposed amendments are only an attempt to destroy the Integrity Commission, but Government is contending that those powers were already vested in the President. Jagdeo has, however, outlined that the Integrity Commission had only a reporting relationship with the President. “In the past, all he had was a relationship (wherein) the Integrity Commission reported to him, and this report should be made public,” he contended.
According to the existing Act, “Where a person who is required to do so fails to file a declaration in accordance with this Act, or to furnish particulars under section 18, the Commission or the President, as the case may be, shall publish the fact in the Gazette and in a daily newspaper.”
“We saw a slew of misinformation coming from Government and their public relations apparatus. They are just arrogating more powers to the Executive; (but) without improving accountability, transparency will deteriorate with this new Act. Public relations matter more to this Government than reality,” Jagdeo stated.
He added that there appears to be a new trend in Government, wherein its ministers “openly lie” to the public, as with the case of the 50 percent salary increase. “They obfuscate issues by making excuses; they deliberately sidetrack people by subterfuge; they give comments that are ambiguous; and they equivocate on issues, all with the intent of misleading the public,” he stated.
The Opposition Leader contends that all Government Ministers should be in jail right now for committing numerous breaches of the Code of Conduct. The Code stipulates that Ministers must declare all private interests relating to duties of public officials; demonstrate objectivity in executing business; and make decisions based on merit and solely in the national interest, without benefit or personal gain.
Jagdeo had previously announced his intention to file criminal charges against members of the Government for a variety of issues for which he believes they are criminally liable. 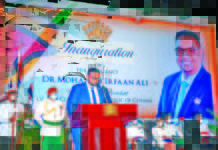 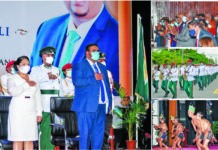 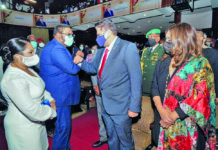