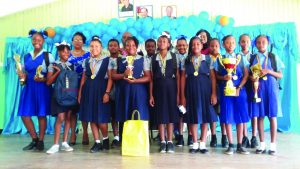 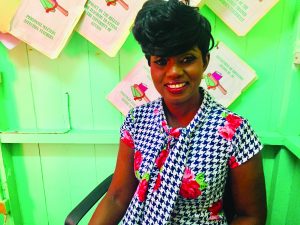 With 22 years in the education profession, 40-year-old Region 10 (Upper Demerara-Berbice) Educator, La Shanna Anderson has had an exciting and fulfilling career. Anderson who now serves as Education Officer (1) with responsibility for Sub- Region 2 (areas along the Berbice River) currently supervises 19 schools in the Sub Region.
The Sunday Times Magazine recently caught up with the Educator at the Department of Education in her hometown of Linden, where she shared her experience in the profession spanning over 20 years.
Anderson recalled that she commenced her exciting journey in the Education profession as a classroom Teacher on November 16, 1997, at the Half Mile Nursery School in Linden, Region 10. Thereafter she attended the Cyril Potter College of Education (CPCE), graduating as the ‘Best Graduating Student’ for the Linden Centre in the year 2000. She also copped the National prize for the ‘Best Nursery Teacher’.
She then propelled from being a classroom Teacher to Senior Assistant Mistress, then to Graduate Senior Assistant Mistress at the school. Then on September 1, 2009, she was promoted to Graduate Head Teacher of the West Watooka Nursery School in Linden.
She later joined the Regional Education Department in September of 2013 where she pursued the Ministry of Education’s Cadet Officer Programme and was later successfully appointed Education Officer (1) on June 1, 2017. Anderson noted that her passion for teaching has always been a motivating factor.
“I always had a passion for teaching, ever since I was young. I would teach the plants and I would just teach,” Anderson humorously related.
“I can recall one day one of my mom’s friends came to visit and I was teaching the wall, and so she told her, ‘You know she would make a good teacher!’ And so she saw that in me. So I guess it’s just something inside of me to just want to teach. So here I am today- an educator,” she continued with a light chuckle.
Outside of her regular job at the Education Department, she is also a Lecturer at the University of Guyana where she has been attached since 2008. There, she lectures in the faculty of Education, working along with students pursuing Early Childhood Education as well as General Education and Administration. She also teaches Education Research, Introduction to Curriculum Theory and Evaluation. Anderson is also a certified Caribbean Vocational Qualification (CVQ) Assessor for Early Childhood practitioners.
She related that earlier on in her teaching career she benefited from good mentorship as she attested her success to all those whom she has learned so much from. One such person, she recalled is a former Head Teacher Brenda Lymerick.
She recalled that when she first started teaching at the Nursery level she was just out of high school and untrained, but she garnered much knowledge with the help of those already in the profession. She recalled an enlightening experience when she first started at the nursery school.
“I can recall when I first saw all of the ‘manipulative blocks’ and bricks and so on, I packed them up and I said well, ‘I got to clean up’ and I was about to put them away because I thought ‘I had to clean up’. But then Teacher Brenda said, ‘No, that is how children learn, by manipulating’. And so, from then I started understanding that children learn differently from adults and so on and I grew to love Early Childhood. I wouldn’t trade it for anything else. It’s fascinating”, she explained.
Anderson continued that she has had many experiences with students at the Nursery level, including those who are considered slow learners. She also recalled working at a Nursery school which had a stigma attached to students going over to Primary School since they were perceived to be slow learners. She noted that she and other teachers were able to positively impact and change the perception by instituting an extra hour work programme for the students who were lagging.
“We taught them Phonics, we did lots of Numeracy with them and from there we saw growth. When we took those students on the transition visit to Primary School, all of the teachers were fascinated that they were able to read and write”, she mused.
As such, she stated her belief that every child can learn regardless of their background or status. She encourages parents and educators to not give up on such students.
“You just have to provide the right attitude, the necessary resources, give the necessary support and they will learn”, she advised.
Anderson’s passion for community development also leads along the path of community work. She noted, however, that with her increasingly busy schedule these days she is unable to do some of these things any longer.
Zeroing in on the Policies of the Education Ministry as it relates to education delivery she noted that the mandatory Cadet Officer programme which was reintroduced in recent years been a great means for appointing Education Officers based on their training. Having been a part of the programme she acknowledged that it provides an excellent opportunity to explore Education Districts and a good learning experience.
On the occasion of Education Month 2019, Anderson extends greetings to all Educators across the country as she encouraged all to continue to put their best foot forward to ensure the development of education in Guyana.
“If you want to excel, you have to develop the right attitude. It has to be your habit to excel. Education is dynamic. You have to have a passion for education and once you’re passionate about it you’re going to go that extra mile to ensure that those children under your charge excel. You’re going to do whatever it takes and everything in your power. Even if it means that you have to go out of pocket to ensure that they get clothes to come to school or provide a meal for them. Because sometimes those are some of the difficulties that parents have, that cause them not to be able to send their children to school”, she urged. 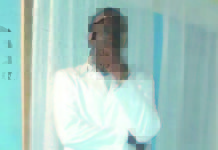 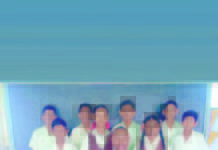