Home Features I hated the skin I was in, now I love the one...

Trans people are not choosing to become someone else, rather they are becoming their true selves.

No one can tell you about hating themself more than Alijah Alexander Augustus Caesar – a trans man.

Prior to his transition, Caesar suffered extensive gender dysphoria and hated the skin he was in. Now, he is proud of who he is and is an active member of the local trans community that continues to push for a change in the Guyanese trans landscape.

In sharing his journey with Sunday Times, Caesar said he grew up knowing he was different from a very young age. He would always be the father whenever he was engaged in a game of ‘dolly-house’ and always felt as though he was made for the role.

He remembered at some point in his childhood he was watching a talk show where the story of a child changing their sex was being discussed and how accepting the family was. Without knowing the gravity of what he was feeling, Caesar said to himself that when he grew older, he would get a beard and go on the Oprah Winfrey Show to discuss that.

“While growing, I always had an attraction to women and then again due to hearing homophobic remarks, I suppressed who I was and tried the heterosexual route. I remember going to High School and trying to be fit in….at this point I walking like a boy and everything and this was something I had no control over because I didn’t even know it was happening. I tried to make a conscious effort to be a bit more feminine and not stand out as this boyish girl,” he said.

However, those efforts were futile since he would instinctively revert to his true self. When he was 19 years old and living with his family at Diamond on the East Bank of Demerara, Caesar had to leave home.

He explained that the decision to leave home was for ‘everyone’s sake’ since the environment was toxic. It was even abusive since his family had a tough time accepting him and the societal pressures of raising a ‘normal’ family were telling on his parents. It was around 21:00h that night when he moved out to be with his then partner and ever since he has been on his own.

However, the relationship with his family is slowly mending and Caesar said he is grateful.

“I was in Nursing School when I was walking down the street and a queer woman stopped me and asked me are you a boy or a girl? This was a strange male presenting woman (butch) at the time and I said I am a boy. At that time, it just felt normal and I was dressed as one. I had on the jersey and jeans like a boy but I had still not known what it meant to say I was a boy. I had no knowledge of what being transgender was at that time,” he recounted.

That initial question led to a friendship and through that, Caesar was introduced to the Guyana Rainbow Foundation (GuyBow). He drew confidence from his friend and they took part in a needs assessment. That was when his activism began.

He remembered that GuyBow gave him the opportunity to attend an international meeting for transgendered persons. It was this activity that flooded his mind with the information he never knew he needed. At the meeting, participants from various countries were speaking about gender diversity and the challenges of being trans in society.

“I mean it was all just so crazy. It was new to me because all I always thought was that if you’re a girl and like girls, you’re a lesbian and if you’re a boy that likes boys, you’re gay. It never occurred to me that you could be anything different. So, by going there and getting information and educated, the puzzle started to fit together. It was there I realised that I could identify as a trans man. 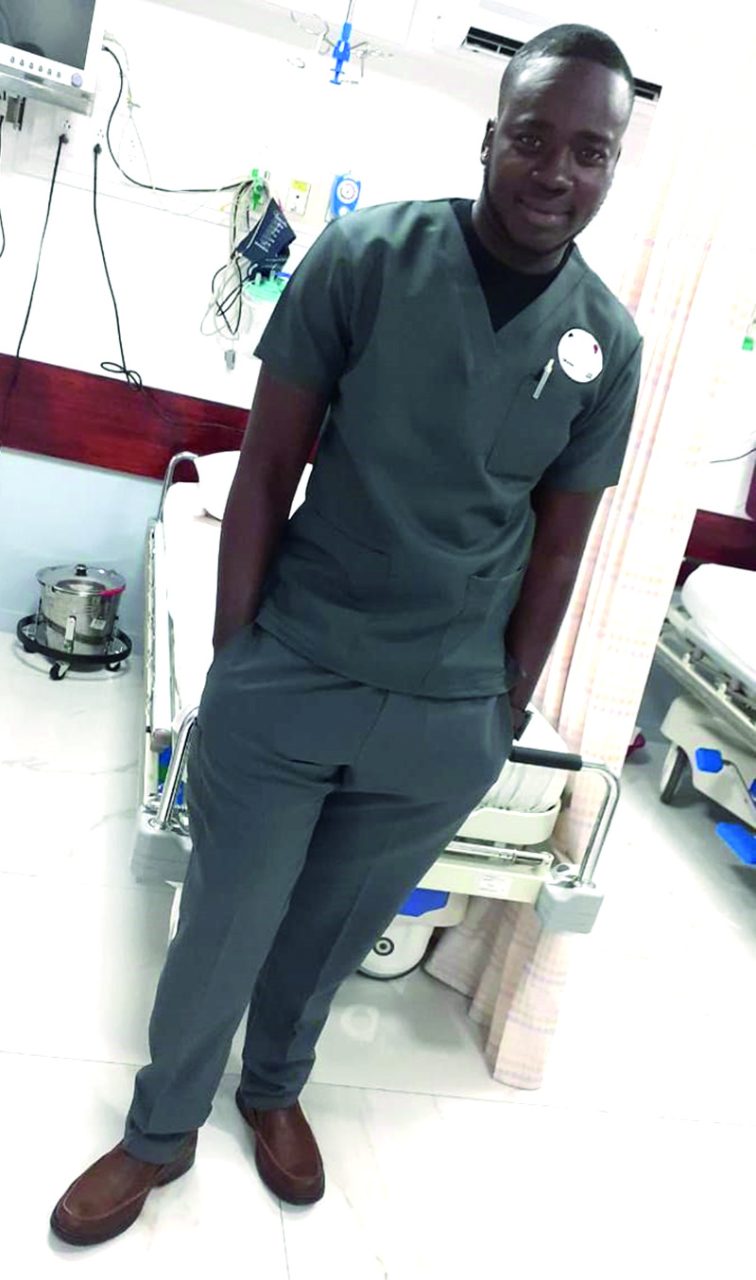 “At that point, I said to myself I think I found who I am. I know who I am. It was a whole lot of back-and-forth for me because now I have to unlearn what I’ve been learning and break down the vital constructs in my head of what I should be and what I am,” he related.

The internal battle waged on for a long time but then he started to tell people about his identity as a trans man. During that time he was experiencing severe gender dysphoria which is disassociation with your body. He hated the skin he was in because his gender identity did not match his physical construct.

At the meeting, Caesar had met a trans man from Jamaica and kept in contact. He was able to learn, from his trans brother, about his journey.

“I was like wait he’s doing it to the Caribbean. He is on testosterone and is on hormone treatment. It should be possible for me to start in my country too. I mean like even though I cannot get what I want, I can start on testosterone.”

However, they were helpful and took charge of him. There he met with a doctor who advised and recommended him to an endocrinologist – a doctor who specialises in glands, hormones and metabolism. He visited the endocrinologist who talked him through the process and repeatedly asked if he was sure about his decision to begin transitioning.

Having affirmed his readiness, Caesar did some tests and collected the prescription for his hormones, and began his medical transitioning journey on August 1, 2018.

It was not an easy ride for him since he had to overcome depression and realise that he was about to undergo a life-changing experience. He took the fact that he needed to decide who he was and to stop caring about what everybody wants. He knew that commencing his transition journey would result in even more loss of family support.

“After I took my first shot, I was fixated on feeling the drug. After a few, I remembered talking and I felt this itching in my throat. I thought like it was a sore throat or something but I noticed that my voice was deeper and getting even deeper. I went from not wanting to talk to talking all the time because I loved the sound of my voice.”

With that, his muscle tone began increasing as well as he started growing a beard. After about two months, under the guidance of his endocrinologist, Caesar took charge of his own treatment since he is a registered nurse. He knew what indicators to look for so he can know whether to increase his hormones or decrease.

In January of 2019, he received a very important call. It was a call from a hospital in New York informing him of the date for his surgery. He was anxious and immediately began scrambling to acquire the necessary finances to support his flight. One of the overseas consultants from his Nursing School days offered to pay for his ticket to New York so that he could have his surgery done.

He had surgery on March 2, 2019, and said it was one of the most life-changing things that happened to him.

“On the morning of my surgery, I didn’t feel any different. I was excited. I got up feeling that today was the day and I went to the hospital. It didn’t bother me that I didn’t have my family there until I was in the pre-op room and I saw someone else who would’ve had some surgery with about 10 of their family members being all supportive. I was like here I am undergoing this life-changing procedure and have no family with me here but it didn’t really bother me because I knew I was going to come out as the man I was supposed to be and I was grateful for having that done,” he remembered.

After his surgery, he woke up to his friends at his side. They supported his recovery and within a few weeks, he was back in Guyana. Shortly after coming back, Caesar returned to his job as a Registered Nurse.

He is grateful to be working with people who understand his journey and give him the respect of his identity.

Caesar is actively building the relationship with his family while trekking through his journey as a trans man. He is grateful that his brother was brave enough to support him and walk with him at the Pride March in 2019.

For Caesar, his story is still writing and far from finished.

Over $250M from SLED programme unaccounted for – Minister