The CCJ also invalidated the recent report submitted by Lowenfield, in which he had discarded over 115,000 votes.

The CCJ ruled that the Lowenfield’s report, incorporating so-called irregularities, is of no consequence.

Ali and Jagdeo challenged a ruling of Guyana’s Court of Appeal in the case filed by APNU/AFC supporter, Eslyn David.

Justice Singh had written to CEO Lowenfield directing him to prepare a final report based on the results of the National Recount, which lasted for over 30 days at the Arthur Chung Convention Centre (ACCC).

“Pursuant to Article 177 (2) (b) of the Constitution and Section 96 of the Representation of the People Act, you are hereby requested to prepare and submit your report by 13:00 hrs on June 18th, 2020 using the results of the recount for consideration by the commission,” Singh wrote in her letter to Lowenfield.

The CEO was required to tabulate the 10 Statements of Recount (SORs) certificate to fulfill his constitutional and statutory obligations.

All the major international powers have also called on GECOM to use the results of the recount as a basis for its declaration. 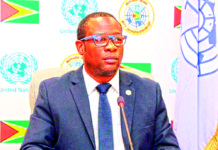 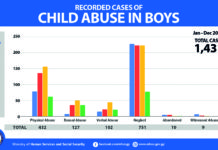 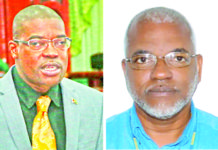