The Mabaruma solar farm in Region One (Barima-Waini), which was supposed to have been commissioned last year and provide 17 hours of electricity for residents, is now being retrofitted with batteries to store energy.
This is according to Public Infrastructure Minister David Patterson when asked about the project recently. Patterson informed this publication that once these works are completed, the solar farm, which reportedly costs over $250 million, should be operational.
When asked for a timeframe for the project’s completion, Patterson did not give a specified date. The minister would only say that retrofitting of the solar farm would be completed at any moment.
“The Mabaruma solar farm, they’re putting in some extra, additional batteries. So as soon as that’s in, we’re 100 per cent up and running. It should be completed anytime now, I should think,” he added.
Solar farms use photovoltaic panels to acquire energy through direct sunlight, which is then converted into clean, green electricity. In cases where weather patterns do not guarantee a steady supply of sun, batteries are installed to store electricity for back up distribution.
There had previously been some confusion about the Mabaruma project with Regional Chairman Brentnol Ashley revealing that the farm will not generate the energy its being hyped up to generate.

In an interview with the Region One Chairman last month, Ashley had explained to this publication that there were challenges with the project that included the storing of the solar energy, among other things.
“We know they have a serious problem with compatibility. We are aware because the generator sets we have were not constructed to deal with the eventuality of having such a project on board. We’re grateful for the project but we’re concerned that hundreds of millions would have been spent and it will not provide the services it should to the people”.
“Whatever project is being done by Government, any entity within a particular region, the RDC should receive a copy of the contractual agreement and the bills of quantity of that particular project, so we can help in the monitoring of that particular project while it’s being done. But we don’t have any such documentation. We’re at a loss when it comes to that,” he had also said.
Chief Executive Officer (CEO) of the Hinterland Electrification Programme Horace Williams had subsequently revealed in sections of the media that while the project will initially deliver 17 hours of electricity to residents, they are aiming eventually for 24-hour power supply.
During the Turkeyen and Tain talks earlier this year, Guyana Energy Agency (GEA) Head Dr Mahender Sharma had revealed to the audience that the project is expected to come on stream by this year end.
“By the end of this year we would have installed more than 5 megawatts of new solar on the rooftops of Government buildings and some hinterland locations and one of our first solar farms in Mabaruma”.
However, Sharma had alluded to the technical challenges that can be faced when looking to harness solar energy.
“Five megawatts is a huge number in just a few years. But what’s wrong with solar? It’s not continuous. Your engineers will tell you it’s not dispatchable. Its only there for a few hours and to capture it requires quite a bit of technology. You have to find a way to store it and batteries are a big problem, they are still very expensive,” he had said. 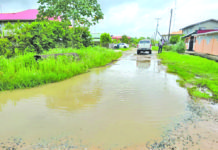 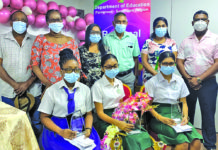 Use lessons of Ramadan to care more for each other –...