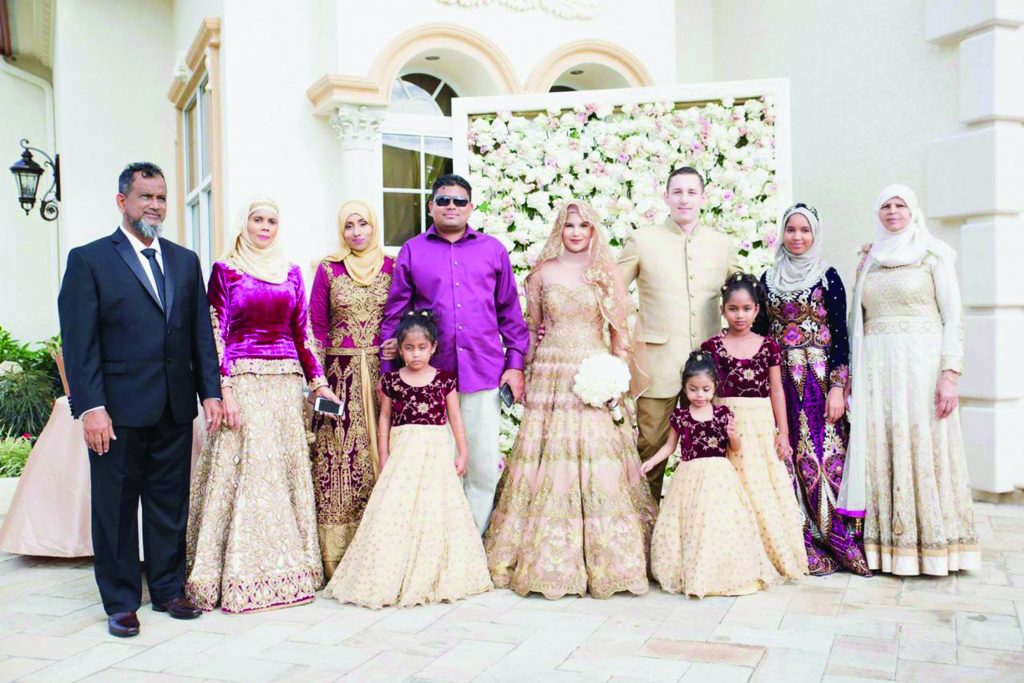 A man who shaped his own destiny

American author/philanthropist Tony Robbins once said, “It’s not what’s happening to you now or what has happened in your past that determines who you become. Rather, it’s your decisions about what to focus on, what things mean to you, and what you’re going to do about them that will determine your ultimate destiny.”
No one knows more about changing the course of their destiny than Nazar ‘Shell’ Mohamed. Coming from humble beginnings, Mohamed was born on March 27, 1953 to parents Mariam and Mohamed Yusuff of Johanna Cecelia on the Essequibo Coast. His father was a sawmill worker, and the family lived in a two-bedroom apartment in a logie.
Although the roof leaked and there were holes in the wall; although there was no running water, no electricity, and they had to use a latrine, the Mohameds had what mattered most, and that was: love and happiness.
Poverty was the way of life in the earlier days, with their fishermen neighbours assisting the family with fish for a meal, and even with financial assistance.
Now that he is in a place where he can provide assistance, Mohamed ensures that he takes care of the relatives of those who would have provided relief to his family when they were in need.
“You must never forget your past and those who moulded you; especially your parents, siblings and neighbours,” he says.
Being a spoilt child at his Madrasa (Islamic school), his act of being the messenger between smitten teenagers caused him to be named ‘Shell.’
As a young boy, he loved the outdoors: hunting, fishing, swimming and cricket. Being from the countryside, it meant he spent most of his days in the backdam, or engaging in sports, particularly cricket. He was a formidable batsman, and quite the athlete too.
Though his boyhood days were full of fun, frolic and mischief, Mohamed showed a keen interest in Islam. He punctually attended Madrasa, read the Holy Quran, and followed the teachings of the late Prophet and Messenger of God – Muhammad (on whom be peace). His parents were devout Muslims too. 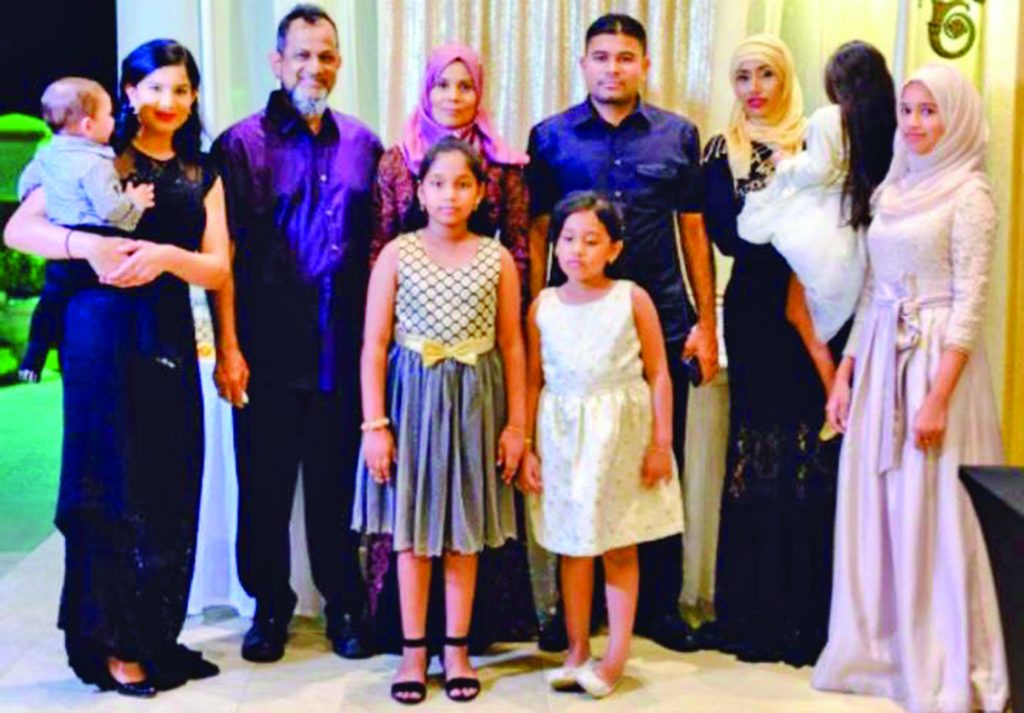 Education was, and still is, the foundation of his life. He started his primary education barefooted, and had to trudge on a rough brick road despite sun and rain, because he knew that if he was to change his life then, he would need to have a solid education. He was a brilliant student, particularly in mathematics.
Due to his financial situation, Mohamed was forced to drop out of school, since his parents could not afford the bus fare of 23 cents to send him to the Anna Regina Secondary School. He never gave up though, and began a path of self-education through various means; but as life would have it, tragedy struck.
His father died, and being the eldest, he was catapulted to the role of breadwinner. He grieved a lot for his father, and to this day his hero remains his father. With a household of nine to provide for, he was forced to find a job, and he did.
It was labour intensive, spading and removing sawdust and packing lumber at a faraway sawmill. It was tough, but he never once complained because he knew he had to do what needed to be done.
Mohamed worked hard, and all he got for his efforts was just $10; but being the person he is, he made good use of that small sum. He would buy sweets for his siblings; groceries for his mother, so that they can have their meals; and for himself, just a glass of mauby and a cake.
Wanting for a better life and a more lucrative job, Mohamed began scouring the Essequibo Coast, but came up empty-handed.
That was when he decided to take the leap from the country to the city, and he moved to Georgetown and took up residence with a friend at Albouystown. It was there he felt what it was like to be robbed, and a few days after that, he moved to Bartica and then to Kaow Island, where he took a job as a checker at a sawmill.
Working for someone else was not his calling, since he was yearning to do business and be his own boss. After years, he returned to the city and settled in Alexander Village.
After stumbling on a few friends that were trading overseas, Mohamed joined them. He first started in the Caribbean, trading items like zippers. 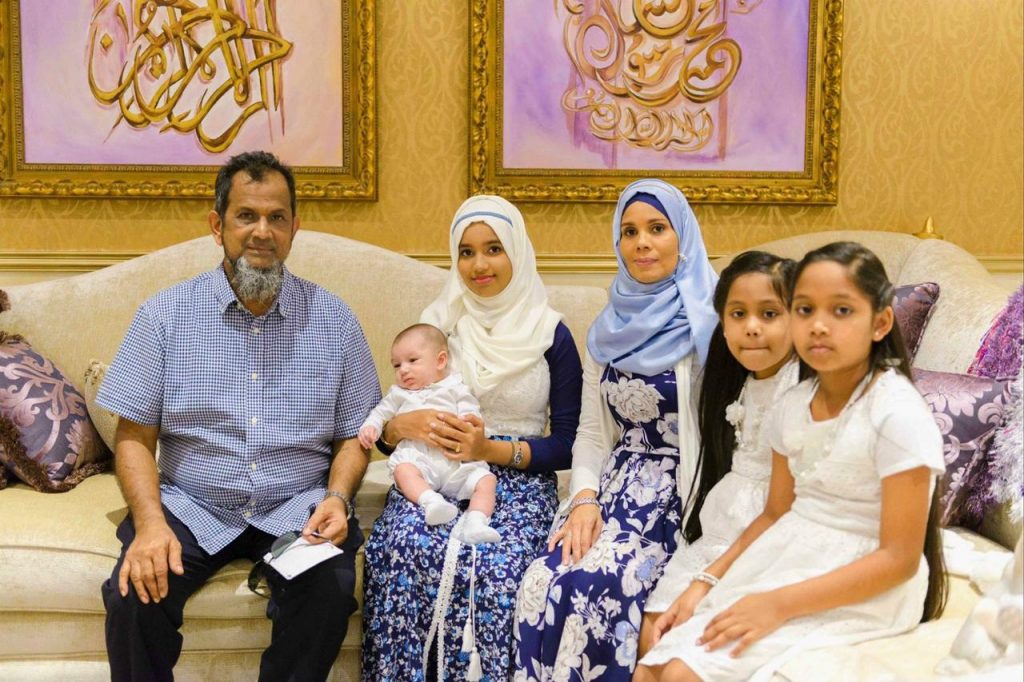 After it became profitable, he ventured to the United States, and started to gain knowledge of the trade market. He later became a licensed Cambio dealer and started to flourish.
He ventured into a series of other businesses, shaping what is ultimately his future. Today, he runs an empire, but still remains the humble son of a sawmill worker.
Family is ultimately important to him, and he values his marriage, children and grandchildren. He remains the charitable man, and not a day goes by without him giving to some kind of charity.