Home Sports ‘Our Own’ seeking top honours at Toronto Cup 2

Former Canada international skipper Sunil Dhaniram is very confident of Our Own Cricket Club retaining the Masters Division trophy in the second Toronto Cup ‘Mini World Cup’ softball tournament.
The Canadian-based Guyanese cited that the team is set to make an announcement of its composition to commence preparations for the softball extravaganza shortly.
Teams from Guyana, New York, Florida and Canada are expected to compete against each others for trophies in both the All-Stars and Veteran categories. Our Own and New York Enforcers are the respective defending champions.
With cash incentives and trophies at stakes, the left-handed Dhaniram informed this publication that the action, from August 4-6, should be competitive and that is major reason for the early preparations.
“We want to play competitive cricket from starting; we won the championship the last time but we don’t want to take any team lightly, so we have to start our preparations as early as possible,” Dhaniram related.
In the 2015 final at the University of the Toronto, Scarborough Campus, Our Own Cricket Club defeated Guyana Floodlights Softball Cricket Association ‘A’ team by 29 runs.
Dhaniram, who also represented Guyana at the highest level, reiterated the importance of diligent preparations and acknowledged the efforts that are necessarily needed to be on the triumphant side.
“It is about good preparations and readiness for a huge softball tournament like this; we have got to be patient and try to be competitive as possible,” the 48-year-old left-arm spinner, who featured in 44 ODIs, mentioned.
Dhaniram, the younger brother of another Guyana first-class batsman Sudesh Dhaniram, also declared that the team is very optimistic that Our Own can be very dangerous on a given day meaning there are a set of high caliber softball players in their lineup who could be outstanding as well.
The side was captained at the inaugural tournament by veteran all-rounder Bobby Parasnauth and is likely to have ex-Guyana under-19 players Troy Gobin, Zaheer Haniff and Shiv Seeram among others in their lineup. Desmond Chumney, who would have also represented Canada at international tournaments, has been a seasoned campaigner for Our Own.
In addition to Our Own’s Toronto Cup prestigious reputation, they had dominated proceedings in the annual Ontario Masters over-40 League competition emerging victorious on four occasions from 2011-2014 until they were dethroned last year by Guyana Sports Club.
Meanwhile, Guyana Times Sport also spoke to the president of the Ontario Masters Softball League Azeem Khan who confirmed that everything is in place and promises to run off another successful and exciting tournament. 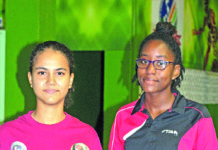 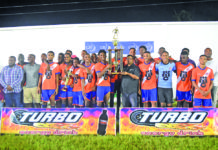