E-cigarettes are supposed to be replacements for tobacco packed cigarettes in an effort to reduce the dependency on the harmful chemicals in tobacco but they are now proving to be a danger.

Over the recent weeks, much has come to the fore about the effects of e-cigarettes and there have even been some deaths as a direct effect of vaping. E-cigarettes are devices powered by batteries which have the ability to convert liquid nicotine into vapour or a mist. Hence the terminology, vaping.

The United States’ Centers for Disease Control and Prevention has reported that there have been six deaths and some 380 cases of confirmed and probable lung disease across the US. The CDC noted that these deaths are as a result of vaping and have since launched a probe in into the practice.

In Guyana, vaping has become a popular fad, particularly among youths, with very little regulations to curb the practice. There are no age restrictions as to who can purchase an e-cigarette since they do not contain tobacco – which is a controlled substance.

The FCTC is an international public health treaty which provides a guideline on how to address the global tobacco epidemic that claims almost 7 million deaths per year.

Tobacco is not only dangerous to those who use it, rather it affects everyone around the user. The World Health Organisation (WHO) reported that more than 1.2 million non-smokers lose their lives as a result of second-hand smoking. Second-hand smoking is very dangerous and constant exposure to tobacco smoke leads to a plethora of lung-related issues since tobacco contains over 5000 toxic substances with the most dangerous being nicotine, carbon monoxide and tar.

These substances, along with the others, cause Non-Communicable Diseases (NCDs) like ischemic heart diseases, cancers, diabetes and chronic respiratory diseases, which are the leading causes of death globally and are associated with tobacco use. Statistics from the WHO demonstrate that 38 million people die each year from NCDs, of which nearly 85 per cent of NCD deaths occur in low- and middle-income countries.

Even in its natural form, tobacco is toxic and contains substances that are capable of causing cancer.

As a substitute for tobacco cigarettes, the e-cigarette was invented to help reduce the effects of traditional smoking. Though fairly new on the market, the e-cigarettes have become the latest fashion trend because of the incorporation of exotic flavourings and the removal of the tobacco taste.

The e-cigarettes utilise “smoke juice” which contains, as a base, propylene glycol, vegetable glycerol, water, nicotine and other exotic flavourings. The “smoke juice” is usually deposited into a cylinder attached to the power unit of the e-cigarette which vaporises when heated, thus producing the smoke effect.

The WHO said that these Heated Tobacco Products (HTPs) produce aerosols containing nicotine and other harmful chemicals which are inhaled by users when they suck or imitate the action of smoking while using an e-cigarette.

“Despite claims of ‘risk reduction’, there is no evidence to demonstrate that HTPs are less harmful than conventional tobacco products. HTPs contain chemicals not found in cigarette smoke and may have associated health effects. Independent assessment of industry data shows that more than 20 harmful and potentially harmful chemicals are significantly higher than in reference to cigarette smoke. Additionally, these products are highly variable and some of the toxicants found in the emissions of these products are carcinogens. Currently, there is also insufficient evidence on the effects of second-hand emissions produced by HTPs, though the emissions from these products contain harmful and potentially harmful chemicals,” the WHO said.

In Guyana, not many e-cigarette users have a comprehensive understanding of what the device is really about. It has turned more into a fashion statement or a popular trend with users, particularly youths, not fully grasping the potential dangers associated with vaping.

The Sunday Times Magazine recently spoke to a number of local youths who vape on a regular basis and the common thread was that it is being done as a fashion statement. Many of the youths who vape, do so either because their friends are doing it or because they wish to impress the masses.

“I started to vape at 22 because of social trends and the fun on perceived coolness attached to it. Before vaping I never had a cigarette or anything in my life other than vape and whilst vaping I only used nicotine-free liquids,” Junior Basant said.

Basant vaped for about 2.5 years on a social level. For him, he saw nothing wrong with vaping and as a matter of fact, he recommended it.

“It was enjoyable and fun. We did tricks and often competed with others to measure cloud thickness, amount and those stuff. I would recommend it in the vape I used. When you’re out and vaping along with a few drinks but not for everyday usage. I’m aware of the effects since I did a lot of research on it before actually getting one. I think those affected or experience difficulties because of vaping isn’t because of the ingredients but more so because of overuse,” the young man said.

Meanwhile, Vinod Harry told the Sunday Times Magazine that he was introduced to e-cigarettes while out with his friends. He was 20 at that time and prior to using the e-cigarette, Harry had smoked a handful of times.

“I would say like 4-5 times a month I would vape. Vaping is different from smoking, it’s a lot lighter than smoking is, the chemicals have nicotine inside which makes it relaxing, and at the same time safe. I would recommend people to vape especially people that are addicted to cigarettes. However, vaping at a young age has serious repercussions to the brain. Plus certain chemicals have been known to have metallic particles inside, hence only safe chemicals should be used to vape. Avoid vaping juices that have Diacetyl (a chemical used for flavouring but has also been linked as a cause for lung disease),” Harry told the Sunday Times Magazine.

Both Harry and Basant said despite the known effects of nicotine, they would recommend vaping as opposed to smoking. However, on a different note, Basant recommended the nicotine-free “smoke juices” because they are less addictive.

Rehanna Ali, a 26-year-old female who smoked a pack of cigarette per day, related that she turned to e-cigarettes because she wanted to quit smoking. However, for her, vaping just meant saving a little money since she became hooked on her e-cigarette because of its cleaner doses of nicotine.

“I wanted to quit but this thing got me hooked more. I have been smoking secretly since I was 15 because of the stress of dealing with a broken family and abusive relatives. It was my way of escaping the stress but as someone who wanted to get into the medical field, I knew of the risks. I tried to quit several times but I failed. I vaped for three years before I started to use those nicotine patches and gums and those helped me more than vaping. It is two years now I have stopped and I feel as healthy as ever,” she explained.

For John Cannaday, smoking almost two packets of cigarettes per day was not how he envisioned spending almost a decade of his life. It not only took away a huge chunk of his earning but it also took away time from his life. He knew that changes had to be made if he wanted to lead a long and healthy life.

“I had been smoking a pack to a pack and a half for about 10 years. It’s difficult to quantify how much I vaped. I did start at 6 mg, which I am told is lower than most people who smoked as much as I did. The challenge with vaping is that you can do it almost nonstop. Plus, you can do it and many more places than cigarettes. So I became even more addicted to the nicotine in vaping than I was when I was smoking.

“I felt I was doing it too much and wasn’t sure it was as safe as I had been led to believe. I switched to nicotine lozenges for a few months so I could lower my dependence on the nicotine. But I have since stopped that as well. Nicotine is super addictive and I do not advise smoking or vaping at all,” Cannaday said.

Because of its relative newness, there are not much studies and research on the effects of vaping but because of the nicotine component, vaping is being treated the same as smoking. Which means “it is injurious to health and not advised by a competent medical professional”.

Meanwhile, a number of countries have banned vaping because of its perceived health risks. However, at the local level the Public Health Ministry has not indicated whether it is concerned about the possible health risks associated with vaping. 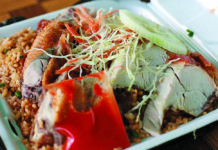 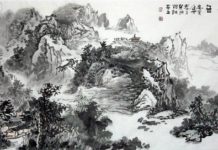 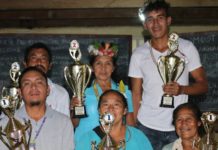